Buzz: Shruti Haasan in NBK’s Next? 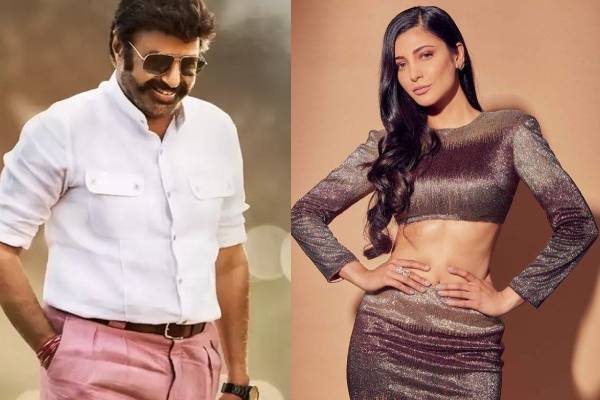 Young and talented director Gopichand Malineni made a massive comeback with Ravi Teja’s Krack. The film raked huge revenues during these coronavirus times when there are restrictions of 50 percent occupancy. After the super success of Krack, Gopichand bagged an opportunity to direct Nandamuri Balakrishna in his next and the pre-production work of the film is happening. Balayya is rumored to be seen in a dual role in this mass entertainer. He will be seen as a powerful cop in one of the roles as a faction leader in the other.

The latest rumor says that Shruti Haasan has been finalized as one of the leading ladies for this film. Shruti Haasan has been a lucky mascot for Gopichand and she worked for Gopichand Malineni’s Balupu and Krack. He decided to carry on the luck and Shruti Haasan too gave her initial nod for the film. The other leading lady is yet to be finalized. The shoot of this untitled film may commence from July this year and Mythri Movie Makers are on the board as the producers. Balakrishna is currently busy with Boyapati Srinu’s Akhanda that will release soon. 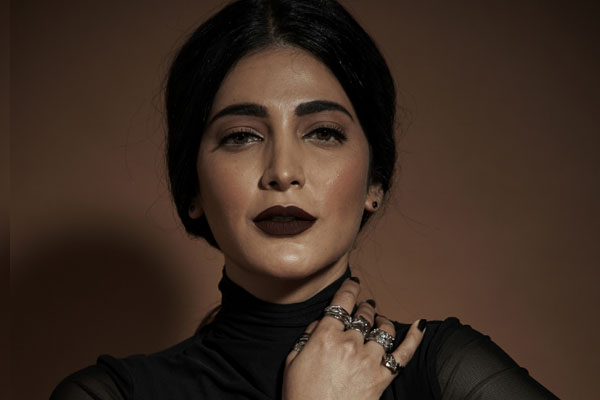 Talented actress Shruti Haasan is back on to the sets of her upcoming movies after a long coronavirus break. The actress is shooting for Vijay Sethupathi’s Laabam and Ravi Teja’s Krack. She will soon join the sets of Pawan Kalyan’s comeback film Vakeel Saab. The actress during her recent interview said about her lockdown experience and about the pay disparity between Indian actors and actresses. Shruti Haasan said that it takes 20 years for the female actors to reach the paycheque of the male actors in India.

“The actresses are paid less. The difference in pay between an actor and an actress is huge. It will take 20 years for an actress to reach the paycheque of the male actors in Indian cinema. I utilized the break of coronavirus in a productive manner. I worked for four to five hours cooking, cleaning and washing. I stayed with my cat in my Mumbai residence and I enjoyed my own company. Then, I moved to Hyderabad and started working on my pending projects” told Shruti Haasan.

Gautami has Nothing Against Shruti

The yesteryear beauty Gautami’s separation with Universal Hero Kamal Hassan has become much of a sensation in the social media and some speculations even said it was because of Gautami’s step daughter Shruti Hassan a rift came up.

The actress made a blog post recently on the reason behind her split with the award winning actor. She said about her being the sole responsibility to look after her daughter financially and how Kamal’s production company couldn’t pay her for a long period of 16 years.

Speaking on the touted rumours about Shruti Hassan’s involvement in the whole issue, she clarified saying it was not at all true. She made a sensible stand saying a relationship between two people cannot be defined solely by children alone. However, she said it was only Kamal Hassan’s lack of commitment which made her walk out of the relationship.

Gautami also put her self respect and non compromising nature in the forefront and took this conscious decision. This proves time and again that it wasn’t something which was decided at haste!

The multi talented actress, dancer, composer and singer Shruti Hassan has been effectively balancing South Indian Cinema along with proving her mettle in Bollywood as well. About her personal life, Shruti has always maintained a balanced approach and mentioned that once she finds the love of her life, she wouldn’t mind tying the knot!

Now, the actress seems to have made up her mind on the big decision. She was spotted along with her mother Sarika Hassan and her boyfriend Michael Corsael after having a lavish luncheon. She was clad in a long casual white gown with a laid back look.

The buzz says that Shruti and Michael have been dating for nearly two years and with her mother joining them for lunch, things seem quite obvious that Shruti will be announcing the good news soon!