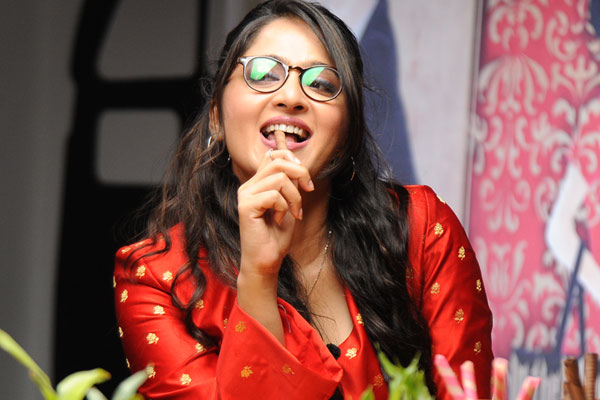 Size Zero has a catchy title and generated pre-release buzz in the marquee. This  is Anushka’s third film of the year and it comes soon after the release of Bahubali and Rudramadevi. In addition to her name and publicity that generated curiosity, it is produced by the prominent production house PVP. Size Zero had been delayed for a while and is finally out today. Let’s see if it is worth watching and to which section of the audience it appeals.

Sweety (Anushka ) is a happy go lucky, food junkie and obese girl who lives with her mom and younger brother. Many of the prospective bridegrooms reject her becasuse she is too fat and because she is bold. Sweety’s mom’s (Kalpana Ranjani) aim is to get her daughter married to an NRI groom. She runs after her daughter pushing her to slim down and Sweety hardly cares about it. Abhi (Arya) is an NRI, another prospective brigegroom,who shifts to India to make documentary movies on Sanitation in India, to run Social awareness campaigns such as “Clean India”,  visits Sweety. Both of them do not like the idea of getting married at that time and they lie to their elders that they haven’t quite liked each other.

Their introduction turns to friendship and meanwhile Simran (Sonal Chauhan),another NRI,joins Abhi in his progressive social work in India.

Rest of the story takes a romantic turn and it is about what happens between the three of them. Did the obese Sweety target Size Zero or remain Size Sexy ( as she claims) ? Does the friendship or romance between Sweety and Abhi end ? Watch it on the big screen.

Audience will fall in love with Sweety’s characterization right from the word go. In general, in these type of story lines, directors try to first heckle the protagonist(obese in this case) through other characters and generate sympathy but in Size Zero, director Prakash Kovelamudi did not take the beaten path. Instead, he designed Sweety’s character as having self respect and portrayed to be possessing joi-de-vivre. Endowed with her positive attitude, Sweety makes the audience fall in love with her. Anushka performed Sweety’s role with perfection. The film shows the fair sex of the current generation, their parents and bridegrooms’ obsession with Size Zero realistically. The strength of this script is its subtle message that been conveyed without being preachy. A majority of the women might identify with the characters in this movie. Characters are so authentic. What adds more credibility is that the story and screenplay has been written by a female, hence there has been more sensitivity and contemporary thinking, it is real and urbane too

Cinematography is rich and vibrant

Songs are pictured well and look beautiful on screen.There are couple of good melodies, peppy and sexy numbers too.

Nagarajuna, Tamannah , Rana Daggubati and others have made special appearances

Sonal Chauhan with her true Size Zero,sizzled on the screen and added glamour quotient to the movie

Somewhere in the middle of the second half, those scenes revolving around campaign against fast track weight reduction centres appear superficial and dragged

This story line might not connect well with young, college going students

Brahmanandam’s comedy is banal, as has been his performance in last few flicks

Director Prakash who tasted a flop with his previous film Anaganaga O Dheerudu, has done decent job in this movie.He believed in the subject and stuck to narrating it with honesty

Production values from PVP Cinema are very high and they made sure the movie looked urbane and rich. The dialogues are quiet natural, no dramatization except in couple of scenes

Dubbing(by Nandu) for Abhi Character is good,Editing by Prawin Pudi is good.

Size Zero is good attempt with a strong message.The general tendency with some of the audience is as soon as they hear the word “message oriented”, they might back off and will be in no mood for gyan. Let us clarify here that this “message” has no moral tone and has been conveyed in a subtle and a stylish manner with an ample dose of commercial elements. This movie will be immensely liked by the women, it is a good watch for families too. However, the young guys may not like this movie as their counterparts did. The box-office fate of this movie depends on how the general masses take to this kind of heroine oriented subject.

PVP Cinema’s Size Zero has completed the censor formalities today. The censor board has issued a U/A certificate. Size Zero is a romantic family entertainer starring Anushka and Arya. Anushka essays the role of Sweety, who goes through a journey of discovery about inner beauty after facing barbs and criticism for her “healthy figure”.

After enthralling audiences with her anger in Bahubali, Valor in Rudhramadevi, Anushka portrays a totally different and adorable character in her third movie this year, Size Zero.

By completing the censor process early, PVP Cinema has ensured that there is sufficient time to plan a massive release on the 27th and the hard drives for overseas exhibition have already been dispatched.

Size Zero has generated tremendous buzz and this has ensured that it will have a massive global release on 27/11/15. Size Zero and its Tamil version Inji Iduppazhagi will be releasing in more than 1500 screens in AP, Telangana, Tamil Nadu, Kerala, Karnataka, North India, USA, Gulf, Malaysia, Singapore, Sri Lanka, UK, Europe, Africa, Australia and New Zealand.

Size Zero has Anushka and Arya in the lead roles supported by Sonal Chauhan, Urvashi, Prakash Raj, Master Barath, Brahmanandam, Ali and others.

K S Prakash Rao is the Director for Size Zero, story by Kanika Dhillon, Music by M M Keeravani and Nirav Shah is the DOP. 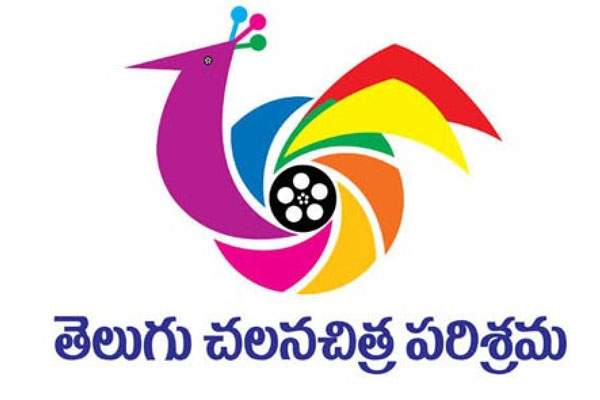 The following is a list of films being released in the months of November and December. Though Size Zero, Bengal Tiger, Shankarabharanam, Cheekati Rajyam were to come out long back they had been re arranged to make way for other small releases. The fresh schedule is: Size Zero on the 27th November, Bengal Tiger – December 10th, Shankarabharanam on December 4th, Cheekati Rajyam (Thoongavanam) on November 20th, Kumari 21F releases on the same day (20th). Soukhyam is due for Christmas. Loafer and Sahasam Shwasaga Sagipo is also due for Decemeber but the date has to be confirmed. 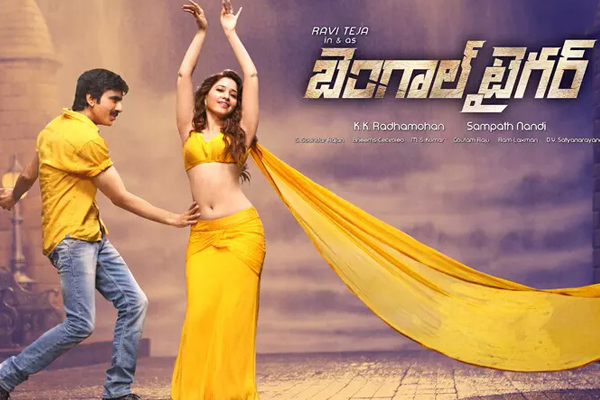 Ravi Teja’s forthcoming actioner Bengal Tiger has been pushed to December 10th. It is learnt that the producer has agreed to make way for Anushka’s Size Zero and Nikhil’s Sankarabharanam, both of which are medium budget films.

Bengal Tiger was initially announced to hit the screens on November 27th, but the producers of all the three movies amicably came to an understanding and confirmed their release dates. So, Anushka’s Size Zero will have a wider release on November 27th and Nikhil’s Sankarabharanam will hit the screens on December 4th. Expectations are quite high on these three films among audience and industry circles. 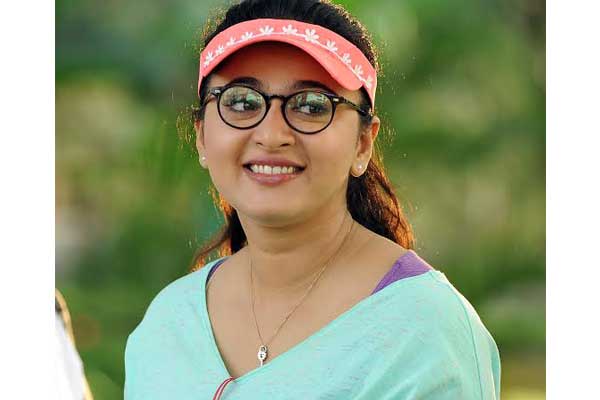 PVP Cinema’s title of the film may be Size Zero but promotions of the film are of the biggest size. Anushka Shetty has been inundated with compliments for her bold decision to put on 20kgs to suit the part in Size Zero. Her commitment plus the quirky and feel good content has fuelled super excitement amongst the trade and general public.

Producers PVP Cinema, for the first time in Indian Film History, have come up with a novel idea–multiple trains have been roped in for movie branding. This innovative grand size promotion has caught the people’s imagination big time making it talk of the town. Trains from the South Central Railway which cover the states of Andhra Pradesh, Telangana and Tamil Nadu were handpicked to promote Size Zero in a novel way. Entire stretch of the trains have been branded with Size Zero designs and also the interiors of the trains sported the Size Zero branding. This has grabbed the attention of not only the passengers but also the onlookers.

Good content needs good publicity to attract the best possible audience for best returns and PVP Cinema knows this too well. As part of this, the production house has tied up with a very creative agency for this Train Publicity. It was this combination which in the past experimented and tested this idea for the Blockbuster movie, Balupu. Once again this combination has made heads turn by making Size Zero the most talked about thing courtesy its Mega Size publicity. PVP Cinema states that it is just the beginning and there are many more innovations on the way.

Music of the film composed by MM Keeravani released on November 1st is a Blockbuster already and the trailer has garnered almost 2 million views. Size Zero (and its Tamil version Inji Iduppazhagi) hits the screens worldwide on the 27th of November. 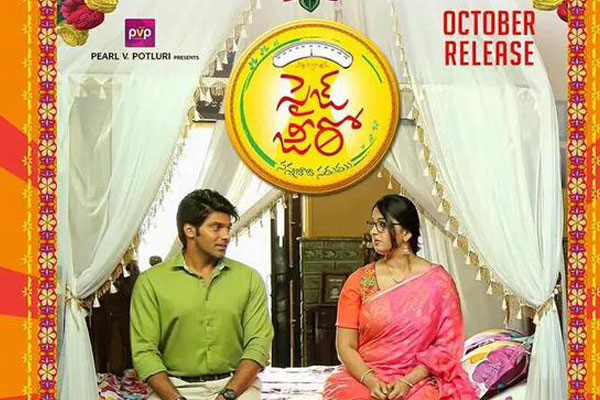 Size Zero is an upcoming romantic tale starring Anushka and Arya in the lead roles. Made simultaneously in Telugu and Tamil, the movie is slated to hit the screens in October. Currently, the post production work is being carried out at a brisk pace.

As per the official announcement, the audio launch event will take place in Hyderabad on September 6th. Directed by Prakash Kovelamudi, the film has been produced by PVP Cinema. MM Keeravani is the music composer. 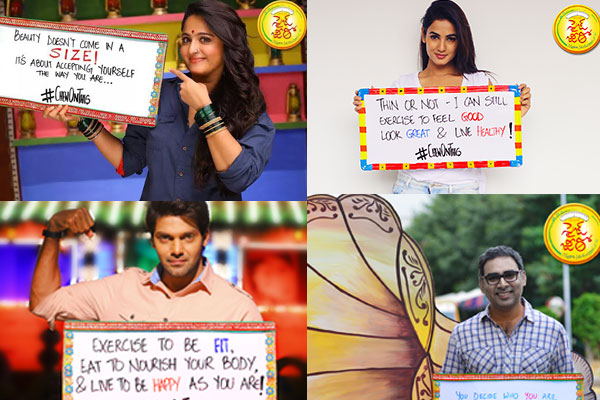 Anushka’s Size Zero is gearing up for a grand release on October 2nd. The entire shooting has been wrapped up recently and the unit is busy completing the post production work. The makers are planning to release the audio in the first week of September

As of now, the principal cast of the film is busy promoting the film. Some interesting posters in which the leading characters of the film are seen holding placards with a brief write ups are released by the makers today. This unique style has gathered a good buzz in the social media. Tamil actor Arya and Sonal Chauhan are playing crucial roles in the film. Prakash Kovelamudi is the director and M.M Keeravani is the music composer.

Gorgeous South Indian beauty Anushka’s upcoming bilingual romantic comedy Size Zero is going to release on October 2nd. The entire shooting part has been wrapped up by yesterday. The final song shoot has been completed in Ramoji Film City yesterday evening and the entire cast has took part in this shoot.

Legendary director Raghavendra Rao’s son Prakash Kovelamudi is the director and prestigious PVP Cinemas banner is bankrolling the film. Tamil actor Aarya is playing a crucial role in it. The post production work is going on and the film’s audio will be be released in September. MM Keeravani is the music composer.