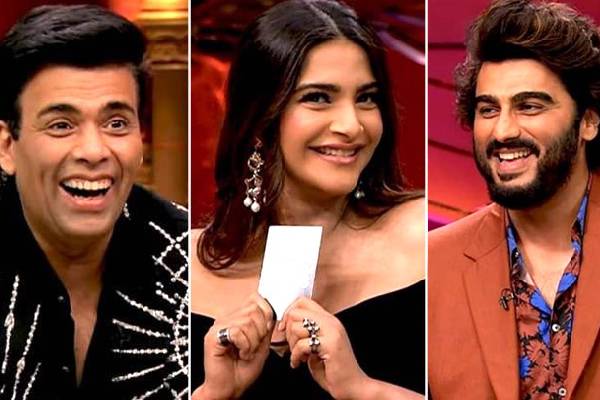 Bollywood beauty Sonam Kapoor and her brother Arjun Kapoor are the guests for the latest episode of Koffee with Karan. The episode will be aired on Thursday and the promo is out. The cousins made enough revelations about each other on the show and Karan Johar was happy to enjoy the gossips. Sonam Kapoor who made several controversial statements in the past created a sensation again. When asked, Sonam Kapoor replied that her brothers have slept with all her friends and there was no one left.

Arjun Kapoor was left in deep shock and he questioned saying “What kind of a sister are you? What are you saying about us? I am called on the show to be trolled by Sonam”. Arjun Kapoor made fun of Sonam Kapoor saying that she never waits for others to give her a compliment and she continues to praise herself. “Hom is Malaika’s number saved on your phone” questioned Karan and Arjun was quick to reply saying “I really like her name Malaika”. Sonam Kapoor called Ranbir Kapoor her best cousin and he is busy promoting his upcoming release Brahmastra everywhere.

Bollywood beauty Sonam Kapoor never hesitates to show off her curves. The actress practices yoga and hits the gym on a regular basis to keep herself fit. Sonam Kapoor stunned everyone in a tight black skirt after she slipped into the hot outfit. Sonam Kapoor keeps herself updated and is a fashion diva. Sonam Kapoor turned quite selective with her films after she got hitched to businessman Anand Ahuja. Along with floating her own clothing chain, Sonam Kapoor is even producing films in Hindi. 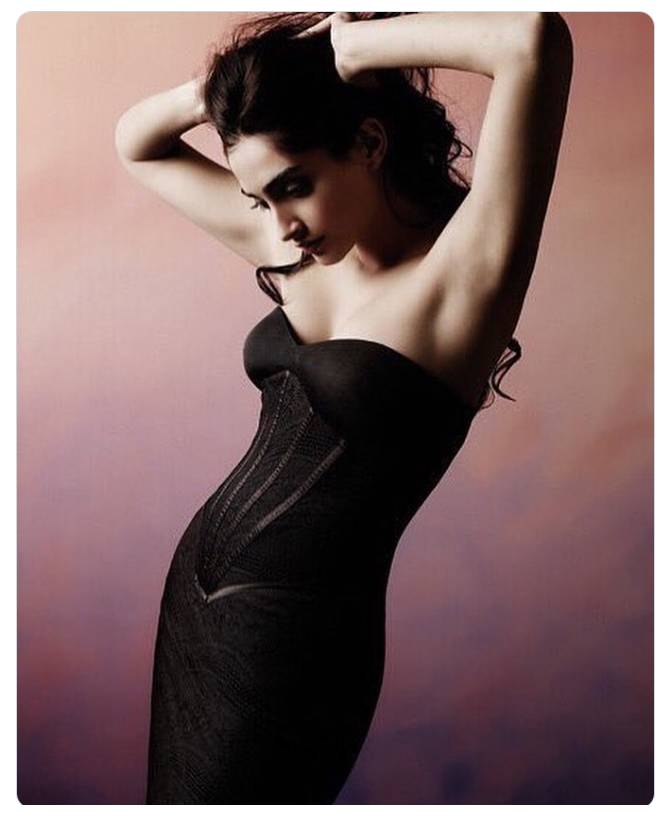 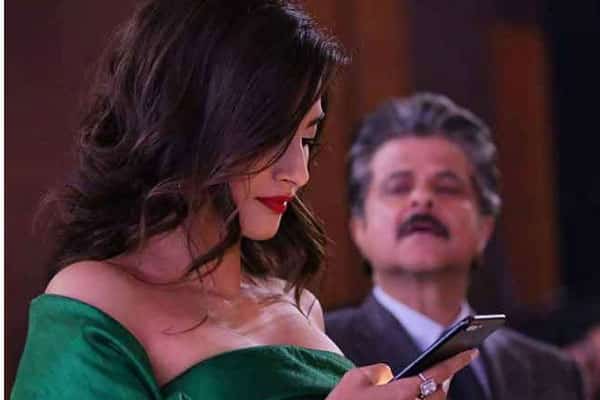 Anil Kapoor was captured on camera, trying to get a peek into daughter Sonam Kapoor’s phone. While Filmfare said that “All dads are same”, Anil being his witty self said, “That’s true! We all have a club & hold annual meetings also :p #DadonDuty”

He also shared the picture on his Instagram page. He captioned it stating, “Over protective father caught on camera! I guess I am guilty as charged: p @sonamkapoor”

The moment of the father-daughter duo was captured at the Vogue Women of The Year Awards 2017 where Anil presented the award to Sonam.