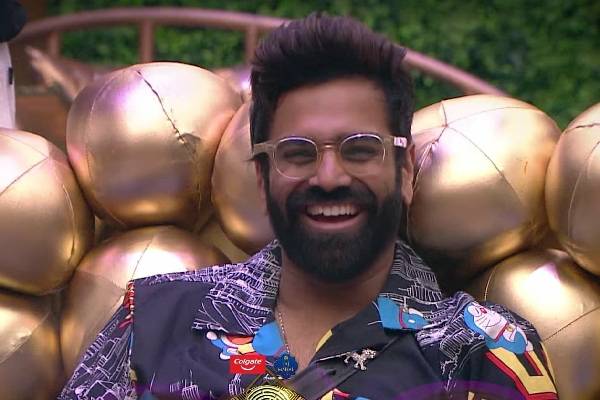 Singer Sreerama Chandra has made it to the list of finalists of ‘Bigg Boss Telugu 5’ after a series of tasks.

The playback singer, who suffered injuries in one of the tasks, was supported by Sunny and Shanmukh in a couple of tasks before he participated in the final round to win the ‘Ticket to Finale’.

Sreerama Chandra, who is now buoyed with the winning of ‘ticket to finale’ thanked the audience for their support. Sreerama also thanked Sunny for playing a couple of tasks on his behalf, which are considered game-changers.

Sunny, on the other hand, was spotted enjoying Sreerama Chandra’s win, as he dances to the song played by ‘Bigg Boss’.

With four contestants in the race to win the ‘Ticket to Finale’, the makers of the reality show had conducted a series of tasks related to physical and mental abilities.

Siri and Sunny had lost the game in the early stages, as they were the bottom two among the contestants who were in the race to win the ticket to finale.

Sreerama and Manas had participated in the final round to win the ticket, while Sree Rama Chandra beats Manas. So, Sreerama becomes the first finalist of the season.

This week’s eliminations on ‘Bigg Boss Telugu 5’ is to decide who among the contestants would reach the top six list of the season. While Sreerama Chandra, Manas, Kajal, Siri, and Priyanka are in the nominations, one of the contestants will be out in the weekend eliminations.