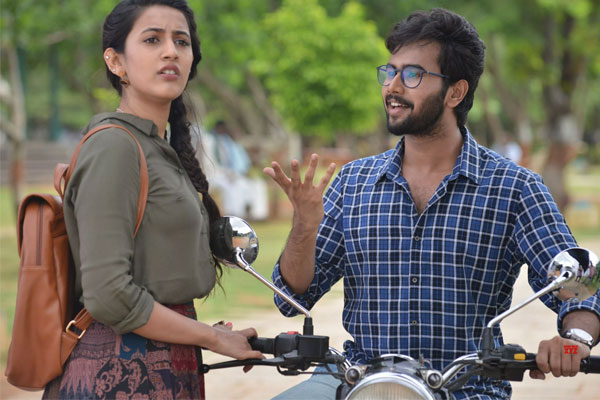 Mega girl Niharika wanted to make it big in Telugu cinema and she proved that is a good performer with her debut film Oka Manasu. Both her films Oka Manasu and Happy Wedding ended up as commercial disasters and after a while, Niharika is back with Suryakantam which released yesterday. Niharika tasted her third disaster in a row with Suryakantam and the day one numbers left the actress in deep shock.

The film failed to register decent numbers all over. In Telangana, the film faced the heat through Lakshmi’s NTR. With poor word of mouth, the film failed to pickup by evening shows which made it clear that Suryakantam is the third disaster for Niharika. The entire movie unit was left in deep shock with the film’s performance. Rahul Vijay and Niharika played the lead roles in this rom com. Nirvana Cinemas bankrolled the project.

Mega girl is now left puzzled after tasting her third disaster in a row. She is yet to sign her next film. 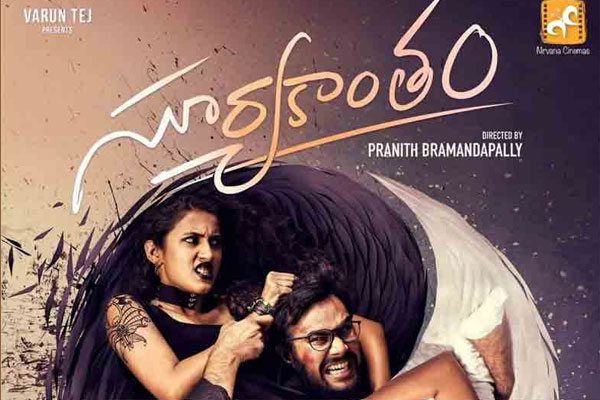 Mega heroine Niharika Konidela is testing her luck at box office yet again despite failing to score a success in multiple attempts. This time, she teamed up with talented web series director Pranith Bramandapally for a light hearted romantic entertainer titled as Suryakantam.

The trailer offered an wholesome great and created decent buzz on the film. Niharika desperately needs a hit to keep her career alive in Tollywood. The film is produced by Varun Tej and Nirvana Cinemas.

Let’s find out if Suryakantam gives the much needed break to Niharika or not.

Suryakantam is a triangular love story between Abhi, Pooja and Suryakantam. Suryakantam ( Niharika) , a crazy girl by nature, disappears from Abhi ( Rahul Vijay)’s life when he proposes. Moving forward in life, Abhi comes across Pooja ( Perlene) in an arranged match making attempt. As they decided to marry, Suryakantam comes back to his life and rest of the story is how the three characters resolve their struggle

Suryakantam film tries to capture the conflict of three youth in lighter vein. Without wasting time, in first reel itself, director opens the main theme of the film but struggles then onwards to engage the audience. A different characterization has been written for Niharika, but director fails it establish it in a proper way. Her disappearance is for a peculiar reason which doesn’t go well with the audience.  Suryakantam and her mom ( suhasini) thread tests audience patience in first half itself.  Major problem with this film is all the scenes are confined between these three characters. Though the film is of just 2 hour 5 minute duration, still audience feel much lag. Production values by Nirvana Cinemas are adequate. Technically this film is okay for the given resources.

Niharika Konidela’s over action is irritating most of the part due to a peculiar characterization. Only few times her character is able to evoke sympathy or likeability.  Rahul Vijay is a cool looking guy with decent acting capabilities. If luck favors, he has a space in Tollywood. Perlene Bhesania as Pooja fits the bill. Suhasini Maniratnam appears in couple of scenes and Okay.  Actor Sivajiraja, comedian Satya play other characters.

Suryakantam is an avoidable triangular love flick. This pointless film gets dragged for 2 hour 5 minutes with no single high moment. 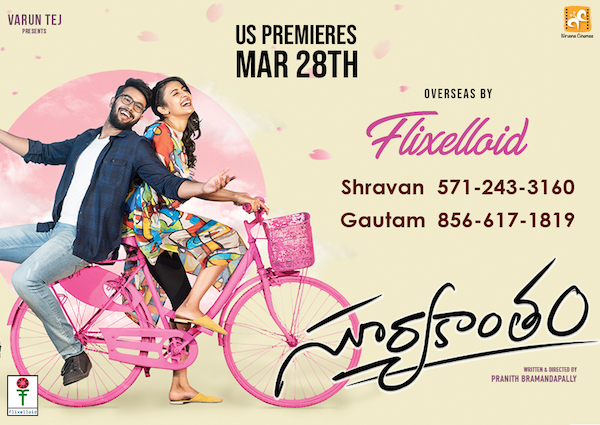 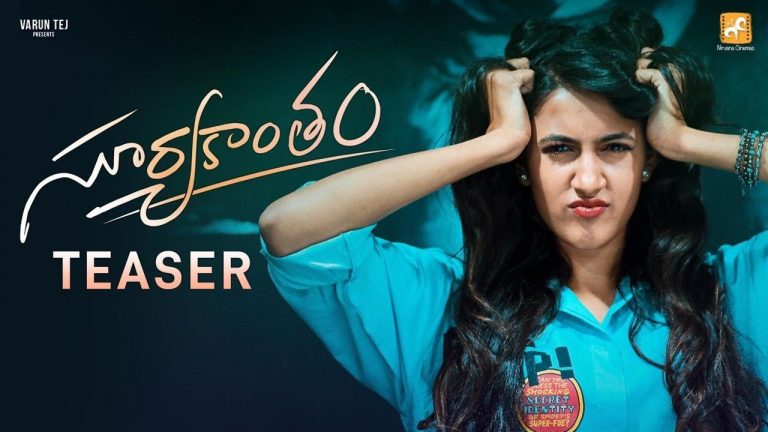 Mega girl Niharika Konidela has been struggling for success in Telugu cinema. She signed Suryakantam which revolves around her role and Rahul Vijay played the other lead role. The teaser of Suryakantam has been out today and is filled with stuff that is seen in short films. The teaser promises to be filled with episodes that are familiar and picked from short films and youtube pages.

As the title suggests, Suryakantam is the show of Niharika’s domination from the first frame. Rahul Vijay looks innocent and plays a youngster who struggles to impress Niharika in this rom com. The background score and cinematography work looks decent. Pranith directed Suryakantam and Nirvana Cinemas produced the film. Varun Tej is presenting Suryakantam which will release on March 29th all over.