It’s a narrow escape for Andhra Pradesh Assembly Speaker Tammineni Sitaram today. He escaped unhurt in an accident that took place near Vanjangi in Amadalavalasa in Srikakulam district.
The driver ran the Speaker’s car into the nearby agricultural fields while trying to avoid hitting an autorickshaw. However, the auto turned upside down under the impact of the mishap. Four passengers in the autorickshaw sustained injuries.
The Speaker’s driver became alert and drove the car into the fields. It avoided a major accident. Tammineni was safe and he didn’t sustain any injuries.
The officials immediately rushed to the spot on learning about the incident. The ruling party leaders arrived at the spot and enquired about the mishap.
The Speaker has been mostly staying in Srikakulam district and attending programmes locally after the Assembly activities were cut short significantly because of the Coronavirus restrictions. 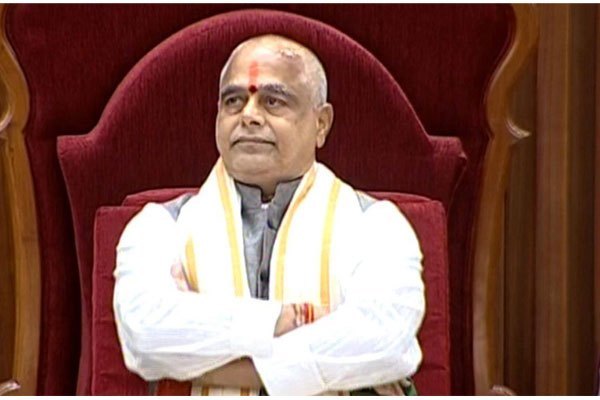 Assembly Speaker Tammineni Sitharam threw back the Opposition challenge that the YSRCP government is ready to seek a fresh vote on Amaravati as a referendum.

YSRCP’s own Lok Sabha MP Raghurama Krisnam Raju on Monday challenged his government to go for a fresh ballot to see if its three-capital idea has public support. Raju had challenged the Jagan government that he is willing to quit the party if an election is held with Amaravati as referendum.

Raju, who revolted against his own party by lodging a complaint with Lok Sabha Speaker Om Birla citing threat to life from his party’s leaders, reiterated that he would win the elections with a thumping majority if elections were to be held with Amaravati as referendum.

The Opposition parties, mainly the TDP, and the Amaravati Parirakshana Samithi joint action committee, too had challenged the Jagan Mohan Reddy government to dissolve the Assembly and seek public referendum with capital as the agenda.

Further, Sitharam recalled that TRS president K Chandrasekhar Rao had quit the Lok Sabha over the separate statehood and sought a referendum on Telangana. “There is nothing wrong in seeking a fresh vote,” Sitharam added.

The High Court had recently taken serious objection to the comments made by Tammineni Sitaram against the judges and courts. A Bhartiya Janata Yuva Morcha activist filed a petition in the Andhra Pradesh High Court stating that Tammineni Sitaram’s comments that the judiciary was interfering in the policy decisions of the state government will undermine the courts and lower the dignity of the judges.

Reacting to a series of recent pronouncements by the High Court against the state government’s policy decisions, Sitaram commented that where was the need for the people to elect MLAs and MPs if the courts can decide what the state government should do. “What is the purpose of elections? It appears that the judges want to run the affairs of the government. Can the state be ruled from court halls? If that is the case, is there a need to elect a chief minister, MLAs or MPs,” he had questioned. The AP High Court ordered a CBI probe into anti-judiciary remarks made by YSRCP leaders, including Tammineni Sitaram, Deputy Chief Minister Narayana Swamy, MPs V Vijayasai Reddy, Nandigam Suresh and former MLA A Krishna Mohan.

AP Assembly Speaker Tammineni Sitaram once again launched his attack on the courts on the issue of 3 Capitals bills. He asserted that the courts have no authority to meddle with the legislative business. They can’t interfere with the procedures in Assembly or Council. Former Speaker Yanamala Ramakrishnudu himself gave a ruling in 1997 that the courts should not meddle with the affairs of legislature. That ruling was still in practice. The same Ramakrishnudu is now opposing his own ruling.

Sitaram is not new to controversies. On an earlier occasion, he made a controversial statement saying that the courts and judges should come and rule the State instead of constantly interfering with the government. However, this time, the Speaker made rather mild comments. Even then, his comments came at a time when the High Court had already put brakes on the immediate Capital shifting plans of CM Jaganmohan Reddy.

Sitaram, being the Speaker, should desist from taking political sides. But he is freely crossing the democratic traditions. He is also commenting on the decision of the Council Chairman. Sitaram says there is no Select Committee that is in existence right now. So, there is no scope for the argument that the 3 Capital bills have no approval of the Council. Sitaram says that the question of the Select Committee would arise only when it was formed. He forgot the fact that the Council Chairman had issued orders for the Select Committee and the process of forming it was still on.

Andhra Pradesh Assembly Speaker Tammineni Sitaram has landed in legal soup for his comments on the judiciary.

A Bhartiya Janata Yuva Morcha activist filed a petition in the Andhra Pradesh High Court stating that Tammineni Sitaram’s recent comments that the judiciary was interfering in the policy decisions of the state government will undermine the courts and lower the dignity of the judges.

Reacting to a series of recent pronouncements by the High Court against the state government’s policy decisions, Sitaram commented that where was the need for the people to elect MLAs and MPs if the courts can decide what the state government should do. “What is the purpose of elections. It appears that the judges want to run the affairs of the government. Can the state be ruled from court halls. If that is the case, is there a need to elect a chief minister, MLAs or MPs,” he questioned.

The petitioner contended that it was unbecoming on the part of the Speaker to make such comments. He argued that the Speaker, of late, has lowered the dignity and the high standards of ethics and impartiality attached to his office with his recent comments.

Tammineni Sitaram comments come in the wake of a series of judgements by the High Court in the recent past against the Jagan government. The state government had to swallow a bitter pill in various cases including reinstatement of Nimmagadda Ramesh Kumar as SEC, removal of party colours on government buildings and panchayat offices, scrapping of a GO to implement English medium in government schools, CBI probe into the assault on Dalit doctor Sudhakar Rao and the reinstatement of former state intelligence chief AB Venkateshwar Rao who was suspended by the AP government.

For the last seven months, AP Assembly Speaker Tammineni Sitaram has functioned from Amaravati Capital City. Now, he is making sensational comments against the place. Sitaram said that whenever he visited Amaravati all these days, he has felt like entering a desert in Rajasthan state. He never got the feeling of going to a normal place or a capital city. Sitaram said that he never got the feeling that Amaravati was like a Capital City for him. Of course, it is not surprising. He is apparently overjoyed over Andhra Capital being shifted nearer to his native district of Srikakulam. Till now, YCP Ministers have called Amaravati as a burial ground and a cremation ground.

Speaker Sitaram’s comments provoked feelings of Amaravati farmers and hurt their sentiments. The same Sitaram has said in the beginning that farmers have made huge sacrifices by donating their lush green ancestral agricultural lands for Capital City construction. Almost all YCP MLAs are playing second fiddle to CM Jagan Reddy. YCP Capital City MLA Vundavalli Sridevi has not even met her own party farmers in Amaravati after Three Capitals announcement. While YCP leaders are supporting Capital shifting, all sections of people in Krishna and Guntur districts are rising in revolt against Jagan Reddy proposals. 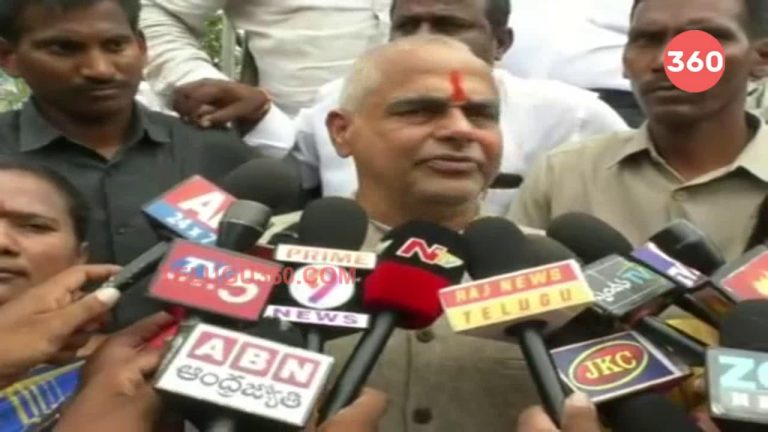