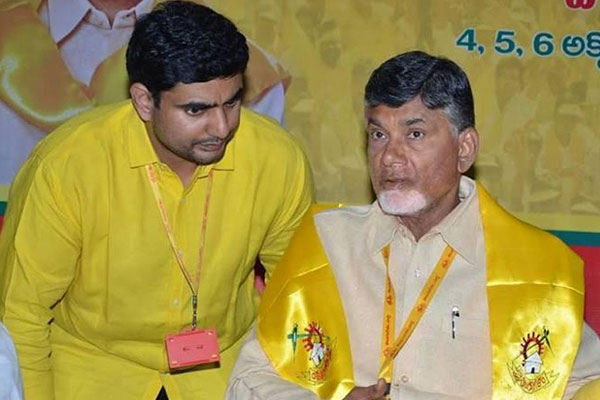 TDP National President and former Chief Minister N. Chandrababu Naidu has expressed deep shock over the death of 10 workers in the crane collapse tragedy at Hindustan Shipyard in Visakhapatnam. Mr. Naidu, in a statement here, said that there were over 30 persons working near the heavy industrial crane at the time of the mishap and prayed for the safety of the remaining persons. It may be recalled that the port city woke up to the killer crane tragedy today which left 10 poor workers dead. The heavy duty crane collapsed when maintenance works were taken up. The 10 victims got crushed under it.

Former Minister Nara Lokesh conveyed his condolences to the bereaved family members and demanded the YSRCP Government to support the kin of the victims. He also appealed for best medical care for those who escaped from the mishap with injuries. Mr. Lokesh demanded rescue and relief efforts to be taken up on a war footing.

Visakhapatnam has become the epicentre of many industrial mishaps ever since the Coronavirus epidemic broke out. It all began with the toxic gas leakage at LG Polymers which left over 12 persons dead and many others injured. Afterwards, mishaps took place at Visakha Solvents Plant and in several pharma units there. 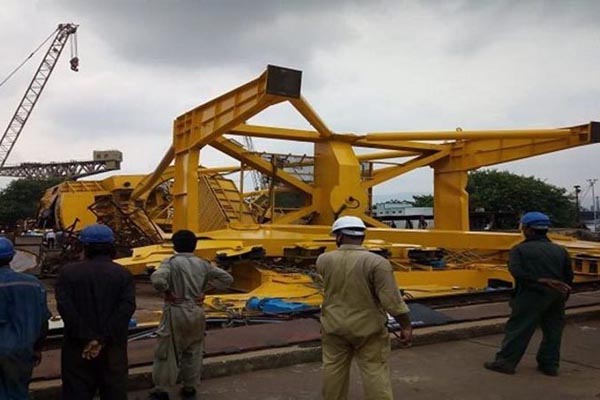 Vizag seems to be accursed. The port city in the recent past has witnessed a series of mishaps owing to gross human failure and lack of safety norms.

After gas leaks in polymer and pharma companies, tragedy struck Vizag yet again. This time, at least 11 persons died and several others were trapped under a crane that came crashing at Hindustan Shipyard. This occurred when the workers were testing the efficiency of the crane when it suddenly collapsed and fell on them.

TDP president and former chief minister N Chandrababu Naidu expressed concern over the incident. Naidu conveyed his condolences to the families of the deceased persons in the tragedy and demanded that the Andhra Pradesh government provide best medical treatment to those injured in the incident.

The latest incident comes at a time when the Vizag residents are terrified over the series of tragic mishaps. The LG Polymers gas leak on May 7 had left at least 14 dead and hundreds hospitalised. A probe into the incident found that the plant lacked necessary environmental clearance before the leak, safety norms and also failure of staff to prevent the disaster.

Even before Vizag was yet to recover from the styrene gas leak shock, at least three persons died and four others took ill in a gas leak at Sainor Life Sciences Private Limited, a pharma company located at Jawaharlal Nehru Pharma City in Parwada on the city outskirts. This was followed by an explosion at Visakha Solvents plant at Jawaharlal Nehru Pharma City has left one dead and several others injured.

The spate of successive leaks of poisonous chemicals and explosions in pharma and polymer plants in Visakapatnam showed that the YSRCP government lacks the political will to rein in the erring industrial units and also reflects on its failure to ensure that industrial accidents do not occur. The series of mishaps came at a time the Andhra Pradesh government was making all out efforts to shift capital from Amaravati to Vizag.