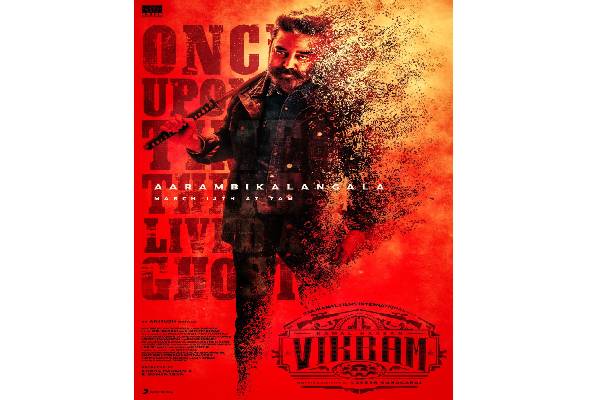 The team of director Lokesh Kanakaraj’s much-awaited action thriller ‘Vikram’ has released a brand new poster from the film.

The poster, which features Kamal Haasan carrying a Samurai sword, reiterated the unit’s earlier announcement pertaining to the release date of the film. It may be recalled that the team had announced that they would be disclosing the date of the film’s release at 7 am on March 14.

Produced by Kamal Haasan and R. Mahendran, the film, which has three powerhouse performers and a star-studded crew working on it for the last 9 months, has triggered huge expectations.

The film’s principal shooting began in August 2021 despite lockdown restrictions and a new variant that threatened to derail the shoot. The crew worked tirelessly following all necessary protocols and finally managed to complete the film’s shooting recently.