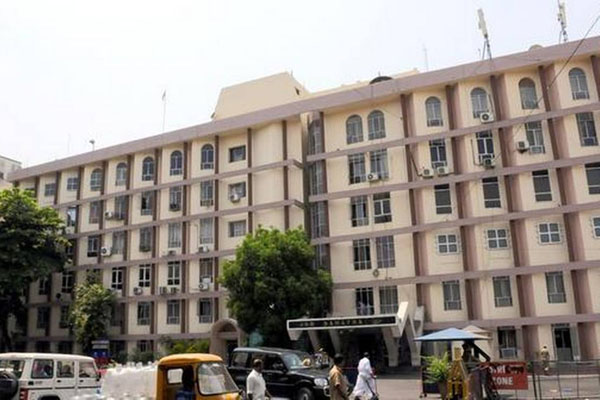 The old Secretariat building of Telangana government, which is lying vacant for the past several months would become an isolation centre soon to treat coronavirus patients.

Telangana Chief Minister K Chandrasekhar Rao had decided to demolish old Secretariat building and construct a new one in its place last year. He even laid foundation for the new Secretariat last year.

But several Opposition leaders and organisation approached High Court against demolition of Secretariat and build a new one in its place terming it as criminal waste of public money. With this, the High Court stayed demolition and the case is pending in the court.

The old Secretariat has 10 huge blocks which housed entire state government administration in Undivided AP. After bifurcation of AP, five blocks were allotted to AP, four to TS and remaining one (G Block) was kept vacant as it was under dilapitdated condition.

After Jagan became CM, he handed over AP blocks to KCR.

If not for High Court stay orders, KCR would have demolished this huge Secretariat long ago.

KCR has now decided to use old Secretariat as isolation centres, which has the capacity to house thousands of patients in ten blocks. All the blocks have lift and other facilities.