In the first sign of softening its stand on the ongoing transport strike, the ruling Telangana Rashtra Samithi (TRS) on Monday reached out to the striking employees by appealing to them to call off the protest.

As the strike by employees of Telangana State Road Transport Corporation (TSRTC) took a serious turn with the suicide of a driver and a conductor, TRS parliamentary party leader K. Keshav Rao appealed to them to call of the strike before things get out of hand.

The senior leader, in a statement, claimed that the TRS government is always considerate to the issues of RTC employees.

Stating that suicide is not a solution to any problem, the Rajya Sabha member said he was deeply pained by the suicides of the two employees.

Keshav Rao, who headed the TRS committee to draft the party manifesto for the 2018 Assembly elections, said the party never promised TSRTC’s merger with the government.

His statement is the first reaction by the government to the situation following suicide of two employees. It indicates that the government is ready to take back the employees into TSRTC provided they call off the strike and give up the demand for the transport entity’s merger with the government.

TSRTC’s merger with the government is the main demand by the employees, whose indefinite strike entered the 10th day on Monday.

Adopting a tough stand on the strike, the Chief Minister had ruled out taking back 48,000 employees into TSRTC as they failed to return to duty before the expiry of the deadline. He had also ruled out talks with them.

Meanwhile, Joint Action Committee (JAC) of TSRTC employees’ unions, said it welcome mediation by Keshav Rao. JAC convenor Ashwathama Reddy said if invited for talks they would participate in it.

He claimed that Chandrashekhar Rao himself had promised that the TSRTC employees will be treated on par with other government employees. 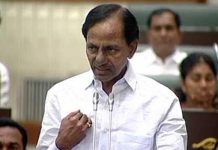 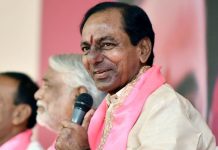