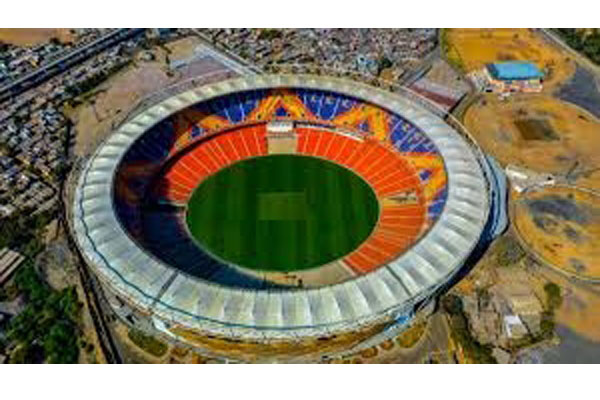 The public reception for US President Donald Trump in Prime Minister Narendra Modi’s home state of Gujarat will include an exhibition of Mahatma Gandhi’s life and 28 snippets from India’s rich and diverse culture in a manner “unparalleled” in history.

Foreign Secretary Harsh Vardhan Shringla said at a press briefing here on Wednesday that “the highlight of the programme in Ahmedabad will be the exhibition of India’s rich and diverse culture and heritage to President Trump in a public manner that has few parallels in India or elsewhere.”

The February 24-25 trip will be Trump’s first state visit to India and also a first standalone visit by a US President to India. Trump’s visit will be brief but intense, with all essential elements of a state visit squeezed in 36 hours. Besides New Delhi, Trump will visit Ahmedabad and Agra during his two-day trip.

From the moment of Trump and First Lady Melania’s arrival at the airport on February 24, the delegates will be treated to a display of famed Indian hospitality and India’s unity in diversity, Shringla said.

In his honour, an event which has been named ‘Namaste Trump’ will be held at the newly reconstructed, largest cricket stadium in the world at Motera. The event will be similar to the ‘Howdy Modi’ event which was hosted by the Indian-American community for Modi in Houston last year.

In what is being billed as the great ‘Indian road show’, as many as 28 stages representing various parts of the country are being set up along Trump’s route from the airport to the stadium in Ahmedabad.

The show will depict different events in the life of Mahatma Gandhi. Tens of thousands of people, including artistes showcasing their art from different states and Union Territories, are expected to greet Trump along the way.

From Ahmedabad, Trump and his wife will fly to Agra where they will spend an hour at India’s iconic monument Taj Mahal before the sunset.

On February 25, the US President and the First Lady will be accorded a ceremonial welcome at the forecourt of the Rashtrapati Bhawan. This will be followed by a visit to Rajghat where the couple will pay respects at the samadhi of Mahatma Gandhi.

President Trump and Prime Minister Modi will hold restricted and delegation-level talks on strategic partnerships at the Hyderabad House. Later, Modi will host a lunch for Trump, following which the two leaders will address the media.

In the afternoon, Trump is expected to attend certain private events at the US Embassy, including a private roundtable with industry representatives. Trump’s last meeting will be with President Ram Nath Kovind at the Rashtrapati Bhawan in the evening before he leaves for the US.