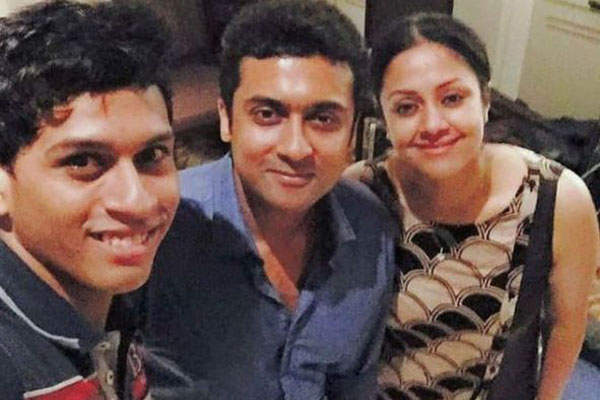 Southern superstar Suriya has shared a happy selfie with his actress-wife Jyothika.

The actor just wrote alongside the image: “@jyothikah”

The photograph currently has over 4500 likes on the photo-sharing website.

On the acting front, Suriya will be seen in “Aakaasam Nee HaddhuRa” directed by Sudha Kongara. The film will release on April 8.

On the Bollywood front, he will be seen sharing screen space with R. Madhavan in the upcoming film “Rocketry – The Nambi Effect”.

The film is based on the life of scientist and aerospace engineer S. Nambi Narayanan. It marks the directorial debut of Madhavan, who also essays the role of the protagonist in the film.