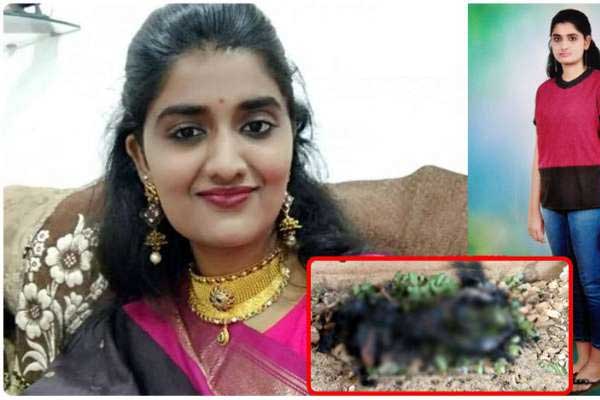 Chief Minister K Chandrasekhar Rao and his minister son KT Rama Rao always claim Telangana police to be the ‘most people friendly’ and model in the country for ‘friendly policing’.

But the father of Priyanka Reddy has termed all these claims as ‘farce’.

Priyanka Reddy, a young veterinary doctor was brutally raped and murdered on Hyderabad city outskirts on the night of Thursday.

Priyanka’s father alleged that after his daughter’s mobile phone has become switched off and she went missing, they tried to lodge police complaint but police wasted three hours in receiving the complaint.

Priyanka’s father alleged that when he went to Shamshabad police station to lodge complaint, they sent him back saying that the crime incident spot does not fall under their jurisdiction and asked him to visit Shamshabad rural police station.

When he visited Shamshabad rural PS, they too didn’t receive the complaint saying that the crime area does not fall under their jurisdiction.

Priyanka’s father alleged that police wasted three hours in receiving the complaint and start the investigation. He said had police promptly received complaint, they could have saved three hours of crucial time which might have protected her daughter.

He said when he told police that his daughter went missing, the police ridiculed saying that, “she might have eloped with someone,” causing untold mental agony to his amily members at that turbulent times.

It’s better KCR, KTR and senior police officials take note of the charges leveled by Priyanka’s father against police and take rectification measures on a war footing else Telangana police claims of being ‘people friendly’ will only end up as a farce.