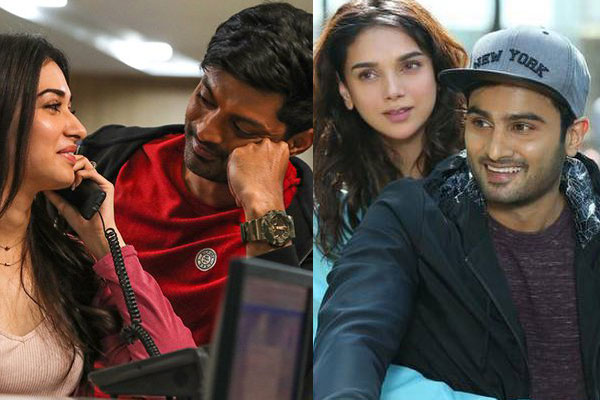 While the soaring temperatures have come down due to the arrival of monsoons, Telugu audience are going to get a breezy treat in theatres with two romantic entertainers next week in the form of Kalyan Ram’s Naa Nuvve and Sudheer Babu’s Sammohanam.

Naa Nuvve, directed by Jayendra, is a love tale between a radio jockey played by Tamannaah and a boy-next-door essayed by Kalyan Ram. The whiff of fresh air trailers and songs have created decent buzz around the film and Kalyan Ram’s fresh makeover has become a talking point among audience. Naa Nuvve is slated for release on June 14th.

Another romantic entertainer gearing for release next week is Sammohanam which presents the beautiful journey of a commoner who falls for a showbiz star. Sudheer Babu and Aditi Rao Hydari are the lead cast . Creative director Indraganti Mohan Krishna, known for his slice of life dramas, is the director for this authentic love saga which is brimmed with strong emotions. The film is releasing on June 15th.