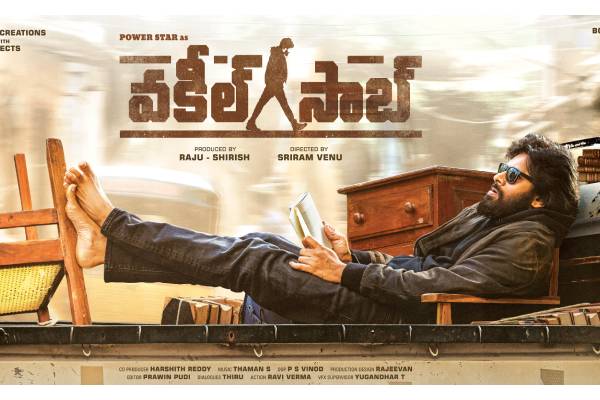 Powerstar Pawan Kalyan is one actor who believes in the product rather than on the promotional activities. The actor’s next film Vakeel Saab is releasing on April 9th and a grad pre-release event was planned to take place on April 3rd in Yusufguda, Hyderabad. The government of Telangana rejected permission for the event after the number of coronavirus cases kept increasing all over. Pawan Kalyan too will be attending a political event on April 3rd in Tirupati.

Hence the makers planned a pre-release event on the evening of April 4th. The venue is yet to be decided and the makers are keen to conduct a closed event without the audience. The entire cast, crew including Pawan Kalyan will attend this pre-release event which will be aired live on YouTube and selected tv channels. An official word from the makers is expected in a day. Directed by Sriram Venu, Vakeel Saab trailed clocked record number of views. Nivetha Thomas, Anjali and Ananya played other pivotal roles in this courtroom drama.