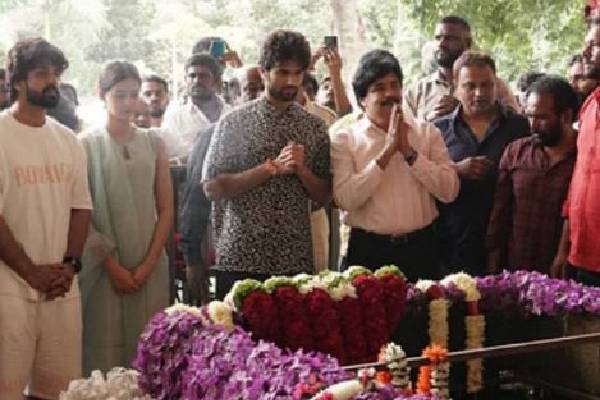 Vijay and Ananya visited the Samadhi of Puneeth Rajkumar located within the premises of Kanteerava stadium and paid a floral tribute to the late actor.

The pictures of Vijaya and Ananya paying their respects to the late star have now gone viral on social media.

Later on Friday, the actors will promote their film at Mantri Mall in Bengaluru.

Director Puri Jagannath, actress Charmee are also expected to join them for the promotion.

‘Liger’ will release on August 25.