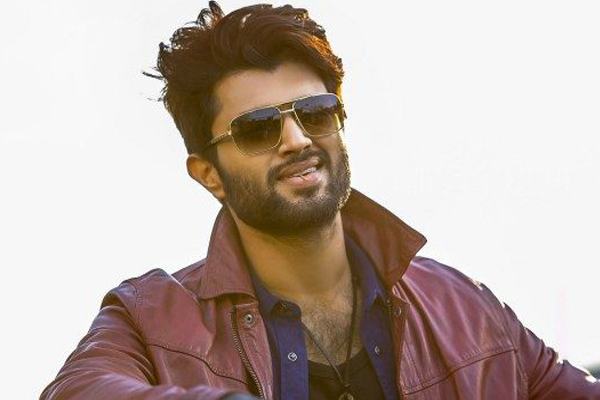 Young hero Vijay Devarkonda is trying to expand his footprint as he is trying to set a Bollywood project for himself right now. He has almost three films in the pipeline to wrap up, so Bollywood dream has to wait a little longer. But the talented actor is making his debut as a producer meanwhile.

‘Meeku Maathrame Chepta’ is the first-ever production venture of Vijay Devarakonda, which has newcomer director Shammer Sultan at the helm. Talented director Tarun Bhaskar of Pellichoopulu fame turned hero with this film, while the likes of Anasuya are playing other important roles.

We hear that Vijay is waiting for the release of Sye Raa and how the result will be like. If the October 2nd releasing magnum opus scores a bit hit, then the hero wants Meeku Maathrame Chepta to hit cinemas three weeks later, in the last week of October. But if Sye Raa goes for a toss, then he might rush to theatres the very next week.

With no other films locking their dates for October yet, Vijay is eagerly looking forward if he gets a chance to cash on Dasara holidays or he has to go to theatres after the vacation.