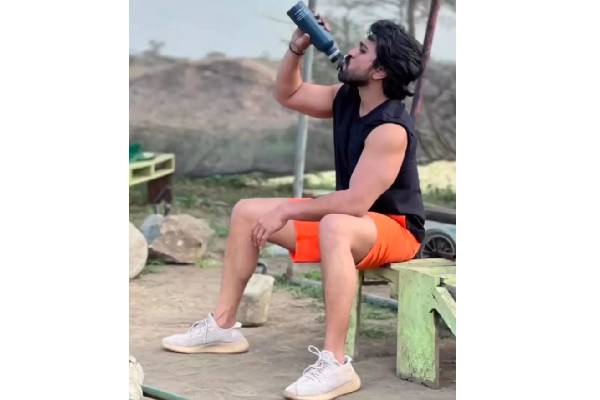 Mega Powerstar Ram Charan will soon start filming for a song in the direction of Shankar and the makers allocated a huge budget for the song. Ram Charan flew down to New Zealand for the song shoot and he is chilling out there. The actor who is a fitness freak started working out and he bonded well with the team. Apart from gymming, the actor was spotted swimming and playing football. Ram Charan posted a short video that is going viral. The makers have allocated more than Rs 15 crores for the song which will be filmed in never seen locales of New Zealand.

The song will be canned on Ram Charan, Kiara Advani and it is said to be a romantic number. The cast and crew members are expected to reach New Zealand on November 20th. Thaman scores the music for this big-budget action entertainer that is expected to have a Dasara 2023 release. Dil Raju is the producer and Ram Charan plays a dual role in this untitled actioner. Shankar is occupied with the shoot of Kamal Haasan’s Indian 2 because of which Ram Charan’s project got delayed.

Naidu writes to DGP on Tapaswini murder in Guntur