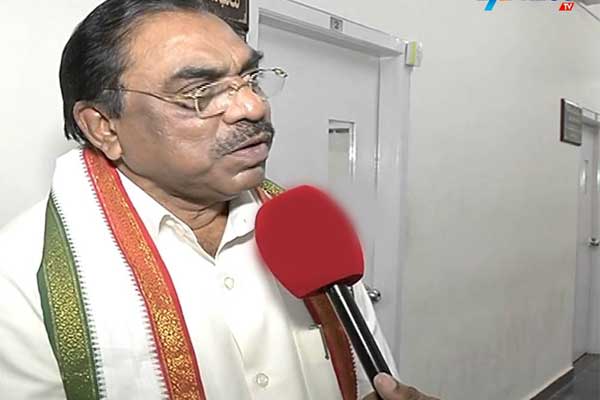 The arrest of Vijayawada city Congress leader Malladi Vishnu and charges framed against him were part of a larger controversy to remove an active Congress leader from the political scene of city, alleged the opposition leader in AP legislative Council C Ramachandraiah and APCC general secretary Janga Gowtham.

Reacting on the police arrest of Vishnu, Ramachandraiah said the special investigative team (SIT), which is investigating the Swarna Bar liquor deaths cases, appears to have been set up only to implicate the active Congress leader in false cases. It is part of conspiracy to silence the opposition in Vijayawada, he said.

” The police gave commitment to the court that they won’t arrest him. But, they arrested him when he was about to attend the court today. If it is not a conspiracy what is it,” Ramachandraiah asked. Stating that Vishnu arrest was not legally defensible as the forensic report was not submitted yet, they said, Police action reeked of vengeance by the ruling party.

” Nobody was taken in custody when Tehsildar Vanajakshi said except suicide she had not alternative to put up with political harassment. Similarly, in the Sand Mafia cases, even though reports talk of involvement of about 40 ruling party leaders, nobody had been arrested. When many people died during Godavari Pushkaralu nobody was arrested. Now, the police are showing unprecedented enthusiasm to arrest Vishnu. It doesn’t look like a simple liquor case, but the politics of vengeance that has forced the police to arrest Vishnu” Ramachandraiah said.

” We have all sympathies for those laborers who died after consuming the adulterated liquor. Congress stands for impartial inquiry into the tragedy and the punishment of those involved the adulteration. But the Congress is opposed to exploiting the case to settle political scores,” he said.