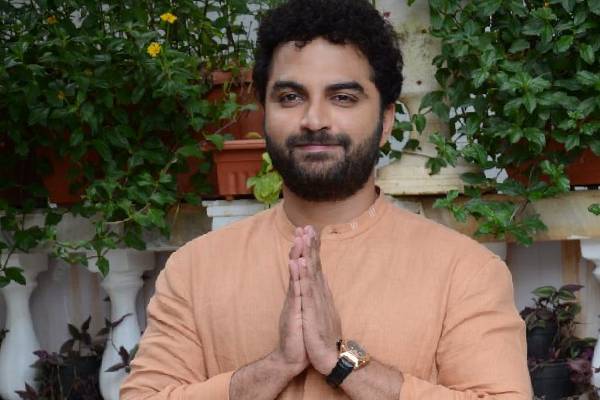 Young Tollywood actor Vishwak Sen landed into one more controversy. He signed a film in the direction of actor Arjun Sarja, a bilingual and Arjun’s daughter Aishwarya Arjun is roped in as the leading lady. Arjun met the press and made sensational comments on Vishwak Sen. “This is the best script ever written by me. After completing the script, I thought Vishwak Sen would be the apt one. He too loved the script completely and the announcement was made. I was not happy with the remuneration and the terms. But we came for an understanding and he decided to hold a region (theatrical rights)” told Arjun.

“He stopped coming to discussions. I never called any actor many times. He stopped attending my calls. I thought he was busy. He did not even finalize the costumes. We planned a 30 days schedule and we finalized the actors. He and his manager came to me and requested to adjust the dates. I understood the situation. He decided not to come for the entire schedule. The dates of all the actors are wasted. He allocated dates from November 3rd till December. Vishwak Sen again asked for rest. We planned new schedules. I called him many times as he should involve in the script. He never answered my calls or responded. He finally came on October 31st. I narrated the script again with a lot of improvements and dialogues. He messaged me on October 3rd at 4 AM asking me to cancel the shoot” told Arjun.

“I could not digest his unprofessionalism. Our team worked throughout the night. I felt that it is an insult for everyone. Then I felt that this is not happening” told Arjun. Vishwak Sen’s unprofessional attitude is now being discussed in Tollywood. His recent film Ori Devuda bombed at the box-office.