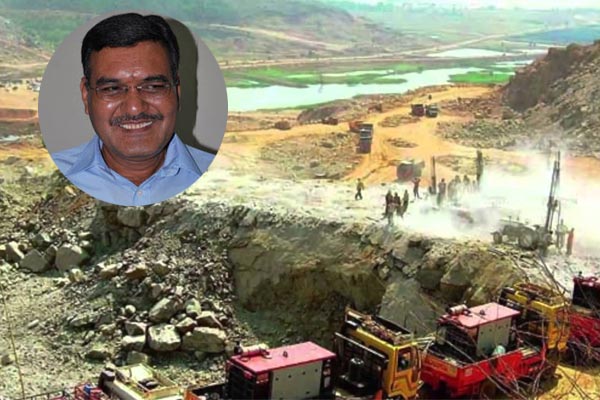 Recently, Dinesh Kumar, a senior IAS officer from 1983 batch, has been recalled from the centre. Now the officer, one of the straight forward officers and sticklers of the rule book is back home in Hyderabad and waiting for the posting. Chief minister Naidu’s government had asked union government to relieve Dinesh, who was chief executive officer of Polavaram Authority and send him back to Andhra Pradesh as state was in bad need of senior officers. The authority has been set up following the national status accorded to the project as per the provisions of the Andhra Pradesh Reorganization Act.2014. Centre appointed Dinesh as the CEO of the authority since he was on the central deputation. This happened in December 2014. And on October 4,2015, exactly after eight months in office, Dines had been recalled abruptly. He reported to General Administration department. He reportedly met chief minister Chandrababu Naidu as well expecting some position. So far he has not been given any posting. According to sources, the special chief secretary rank officer is unlikely to get any important assignment as he has been brought back not out of love for the Babu, but to remove him from Polavaram authority. Because his continued presence would upset the plans of state government to use the Polavaram project as cash cow.

Dinesh Kumar is shifted because he is raising too embarrassing questions about the progress of works and the request of state government to reimburse the bills it presented to Polavaram Authority. Dinesh Kumar wrote a letter to the state about the lack of progress in the implementation of the project and also informed the government that he wanted to visit the project site. According to sources in the government the letter was proverbial last straw for IAS officer which ultimately led to the premature recall of the officer. State government is requesting the centre to reimburse the bills to the tune of Rs 1900 crore which it purportedly spent on the project works. To release money the authority has to get itself satisfied.

Dinesh reviewed the progress of the work item wise and found minimal progress:

A. Head works: Progress made between January – May 2015 is just 2 per cent. He warned the government that ,” You will appreciate that pending completion of dam/ headworks, the completion of all other works will not give the desired benefits contemplated under the project.”

B. Right Main Canal: Out of seven packages, works under three packages only are in progress

c. Left Main Canal: Out of 8 packages, works in 2 and 4 packages are in progress.
He also suggested that action needs to be taken against the contractors for the slow progress. (Incidentally, the contractor company belongs to a TDP MP)

As per the agreement, centre asked the state to complete the project and get the bills reimbursed. This gives vast scope for using the project as money spinner. But, continuing Dinesh would militate against the plans of the state government, which is more interested in showing progress in Amaravati than in completing the Polavaram project.

Sources in the corridors of power say Dinesh was brought back to remove him from the post of CEO, not out of necessity for seniors and experienced. ” If the state asks the centre to shift Dinesh from Polavaram project on the ground that he is to rule binding it won’t wash with the union government. So, the best option is taking back him home. So, he was brought back,” said the sources. All the officers, who are being brought on deputation from other services and states are getting posting, but Dinesh has not been given any posting yet. 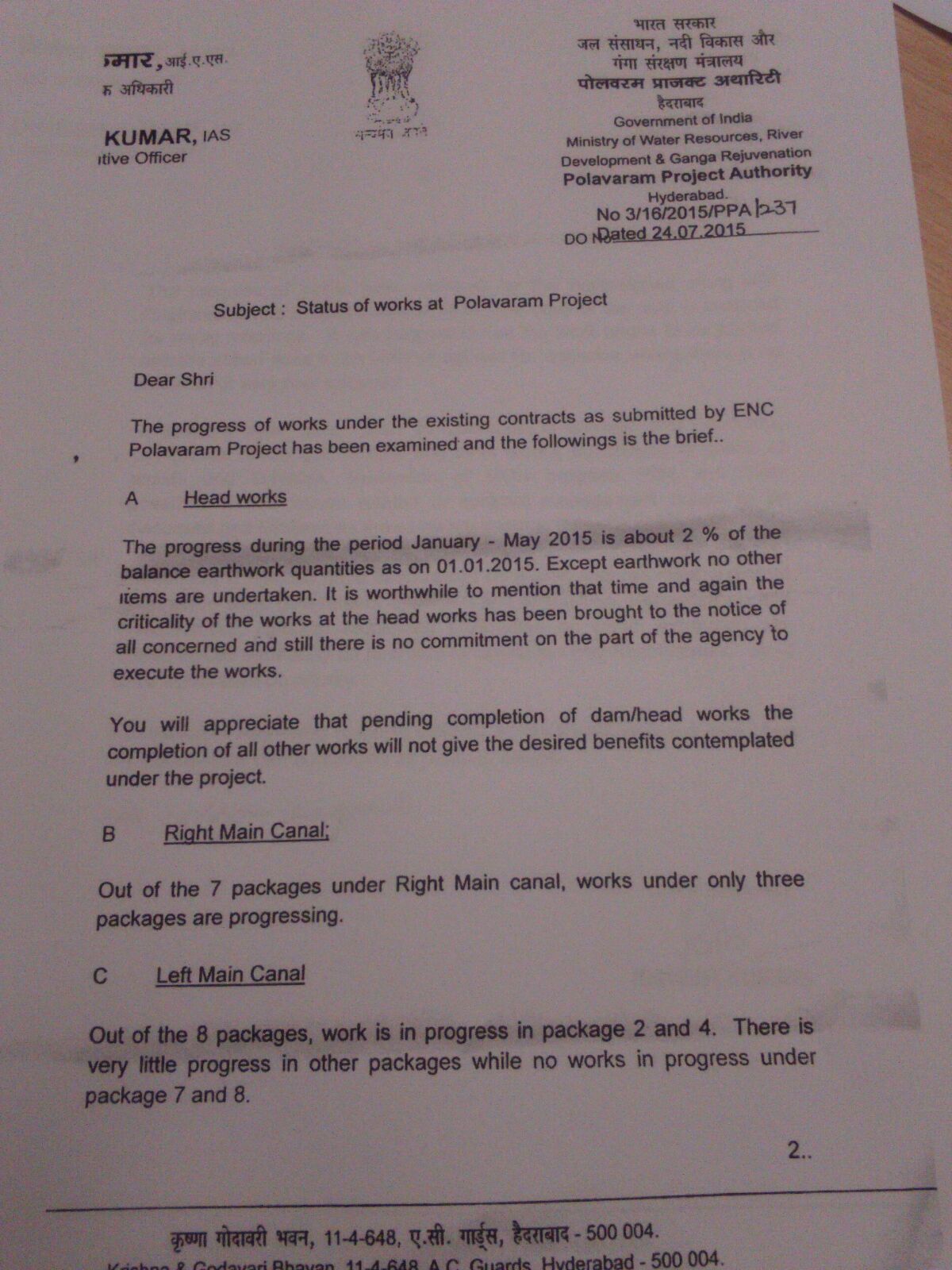 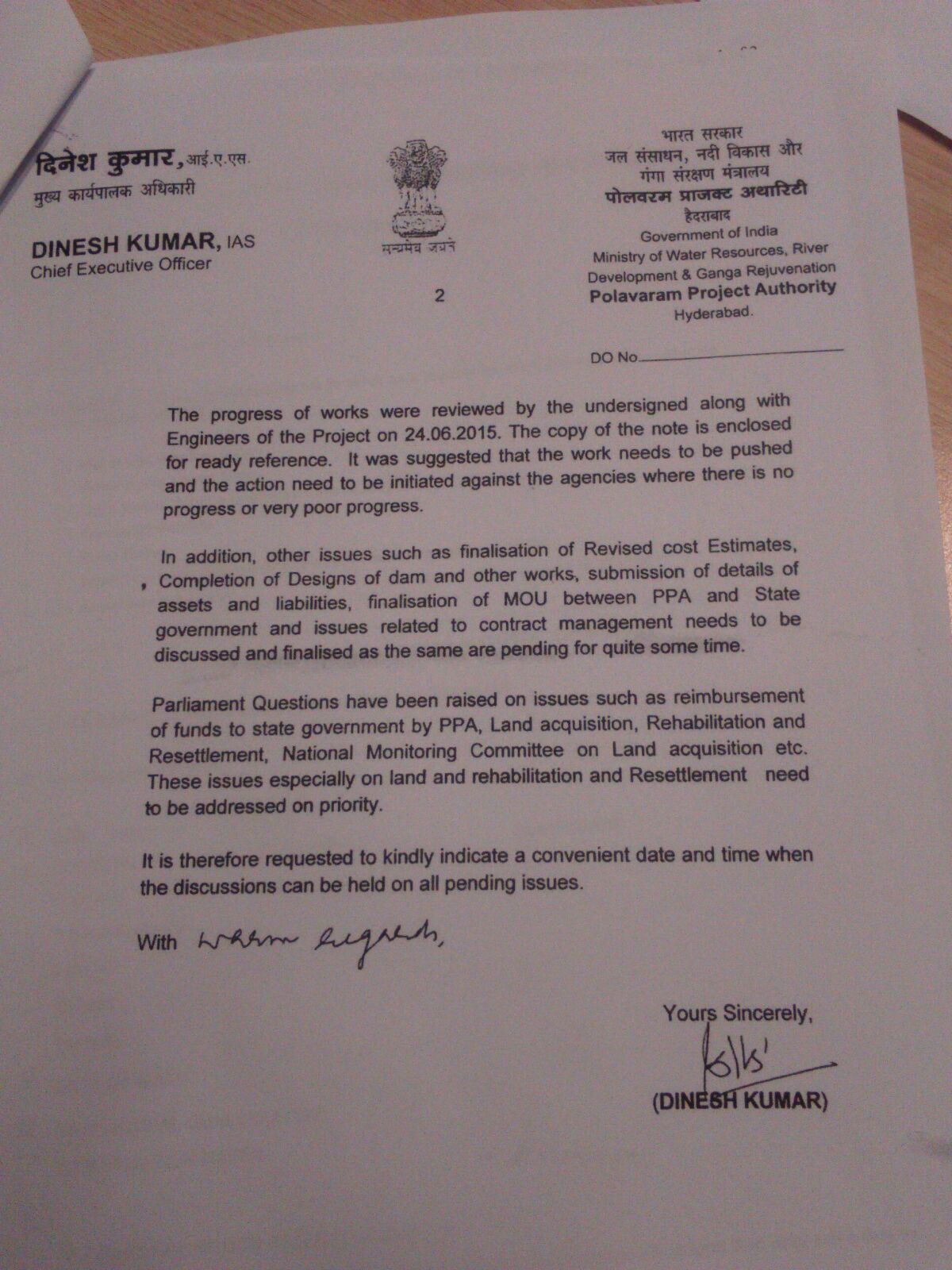