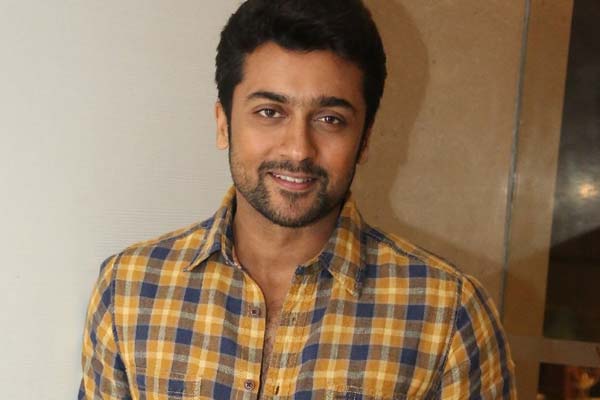 Tamil actor Suriya’s upcoming sci-fi thriller, 24, has been creating huge waves ever since the intriguing first look posters and the stunning trailer are out. The extensive post production work is going on and the makers are planning to release the film in April.

It is learnt that Suriya is likely to dub in Telugu for one of his roles in the film. He will be seen in triple roles in the film and director Vikram Kumar requested Suriya to lend his voice to one of his roles for the Telugu version. A close source to Suriya revealed that he is currently busy with his next film, S3 and will take a call very soon depending on the availability of the time.

Suriya carries a solid fan base in Telugu and all his movies get huge release here. He hasn’t dubbed yet in Telugu and it would be interesting to see if he does it for the first time in his career. The pre release business for 24 in Telugu is very huge and it will be a big boost if Suriya dubs in Telugu for one of his roles. Samantha and Nitya Menon are the female leads and AR Rahman scored the soundtrack.