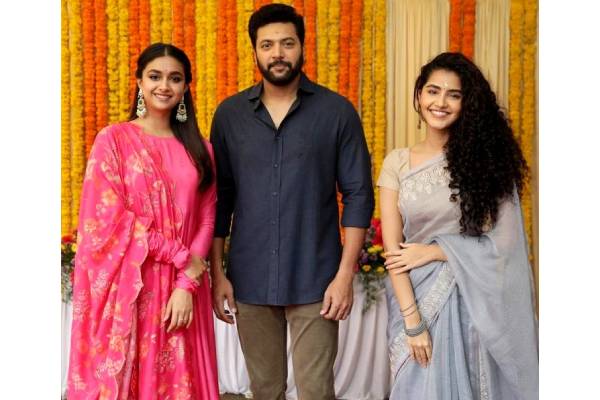 Work on director Antony Bhagyaraj’s action entertainer, ‘Siren’, featuring actors Jayam Ravi in the lead, has started and is proceeding at a brisk pace in the city.

Sources close to the unit of the film, which is being produced by Sujatha Vijaykumar of Home Movie Makers, say that the film will be made on a grand scale and will involve a huge budget.

The film has also caught the attention of film buffs as writer Antony Bhagyaraj, best known for his contribution as a writer in superhit films like ‘Irumbu Thirai’ and ‘Viswasam’, is making his debut as a director with this film.

Sources claim that Jayam Ravi will be playing in this film, a character that he hasn’t played in any of his earlier movies so far.

Actress Keerthy Suresh will be sharing screen space with Jayam Ravi for the first time in this action-thriller that will be laced with family sentiments.

Actress Anupama Parameswaran will also be seen playing a pivotal character in the film, which will also feature comedian Yogi Babu and National Award winner Samuthirakani.

The gripping first look motion poster of Siren released recently has heightened expectations from the film.

The film will have music by G.V. Prakash and cinematography by Selvakumar SK.