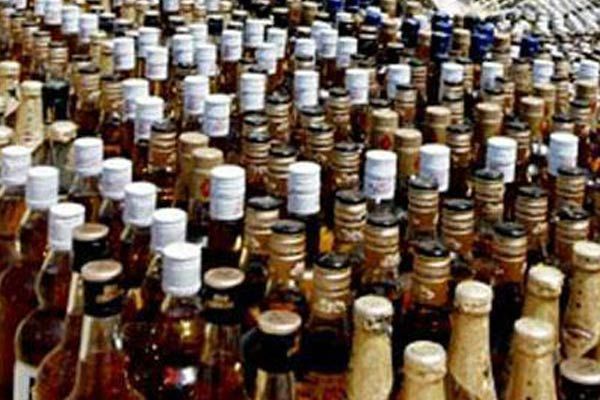 Former Excise Minister K.S. Jawahar has launched a scathing attack on YSRCP liquor policy. He expressed concern that the YSR Congress Party Government has allowed over 1,630 poor quality liquor brands in utter disregard for the health and well being of people of Andhra Pradesh.

He asked why such cheap quality brands being encouraged in AP were not be allowed in the neighboring states like Telangana. The Telugu Desam Party leader accused the Jagan Reddy Government of behaving like a commercial company with the sole motive of en-cashing the weaknesses of tipplers and crippling the poor families. In the absence of an alternative, the addicted workers were consuming substandard liquor and falling sick. The Government was not taking effective steps to help these tipplers through de-addiction centres.

Mr. Jawahar strongly objected to absence of dalit Excise Minister K. Narayana Swamy’s photo in today’s Government front page advertisements which amounted to disrespect to weaker sections. Dalit Deputy CMs and Ministers were given these big posts but, in reality, they were not given any power which was solely vested in the CM. Only Jagan and YSR photos were figuring in all Government programs. From this, it was evident how arrogant and discriminatory was YSRCP rule.

Referring to Government claims on moving closer to total prohibition, Mr. Jawahar said that liquor shops were being reduced on the one hand while higher excise revenue projections were being shown in the budget on the other. The Visakhapatnam gas mishap was also because of YSRCP’s hurry to make huge J-tax (Jagan tax) collections by enhancing liquor sales. LG Polymers was unlawfully given permission only for ensuring supply of plastic pet bottles for poor quality brands.

The TDP leader said that the YSRCP was committing massive irregularities in liquor policy to mobilise Rs. 5,000 Cr illegal money per year with an aim to amass Rs. 25,000 by the end of their five-year rule. By shifting LG Polymers to another place now, the ruling party was in the process of another quid pro quo scam to grab the lands there.