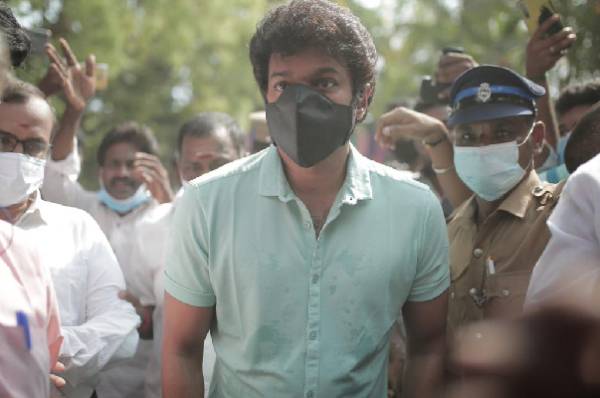 Vijay was seen cycling to his polling booth with large number of people following him on two wheelers.

The cycling by Vijay to vote has kicked up a speculation as to whether the actor is making a statement on high prices of petrol and diesel.

However, a large number of people on two wheelers were riding along with him burning the precious fuel.

Several leading movie stars of the Tamil movie industry have cast their votes early in the morning.

Ajit Kumar and Shalini had reached their polling booth about 20 minutes before the start of polling to vote early in order to avoid the fan crowd.

As a matter of fact, in the past polls, the star couple was seen standing in the queue to cast their vote.