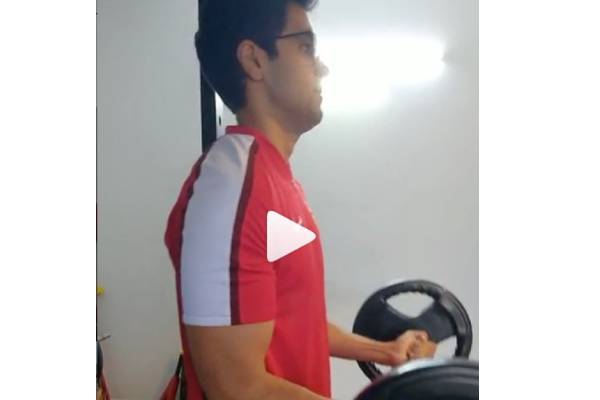 Actor Adivi Sesh, who is known for his work in Telugu blockbusters such as “Goodachari”, “Evaru” and “Kshanam” uploaded a workout video on his social media page on Sunday. The actor said he wants to maintain a strict workout regime.

Sesh, who will soon be seen in bilingual film “Major”, will be seen essaying the role of 26/11 martyr Sandeep Unnikrishnan.

In the video posted on his Instagram page, the actor is seen lifting weights.

Dressed in a red and white T-shirt, and adding a slight geeky look with spectacles on, the actor captioned the video as: “No music, no filter, just breath. Gotta keep up that #majorfilm workout”.

The post invited a great response, with his fans appreciating his workout regime.

Besides this, Sesh has “Goodachari 2” and “Hit 2” lined up next.

“Major” is expected to release on July 2 in Hindi, Telugu and will be dubbed in Malayalam.