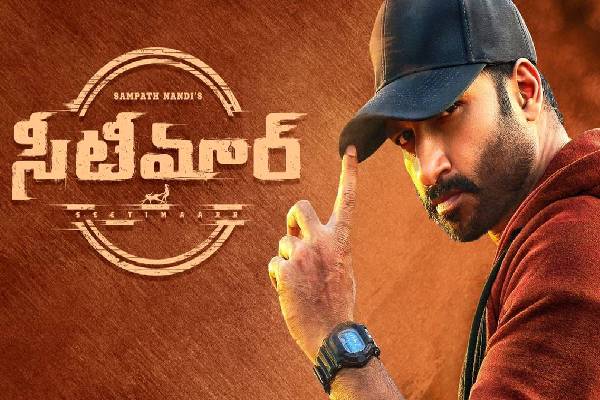 Though the Telugu audience are ready to rush to theatres and watch films, the ticket pricing GO in Andhra Pradesh turned out to be the major barrier for the filmmakers. Most of them are not ready to risk and release their films till the GO gets revised. It is now clear that the GO may not be revised anytime soon as per the recent happenings. Gopichand’s Seetimaarr is the first biggie that is releasing after the second wave of the pandemic. The film is hitting the screens tomorrow and will take the advantage of the long weekend.

Several filmmakers are eagerly waiting to see how Seetimaarr performs at the box-office. The box-office numbers of Seetimaarr will open doors for several medium-budget films if the footfalls are good. Movies like Love Story will release in September and several films will release during October. For now, Tollywood is focused on Seetimaarr’s release. The film is a mass entertainer directed by Sampath Nandi. Gopichand and Tamannaah played the lead roles in this sportsdrama that is set in the backdrop of Kabaddi.