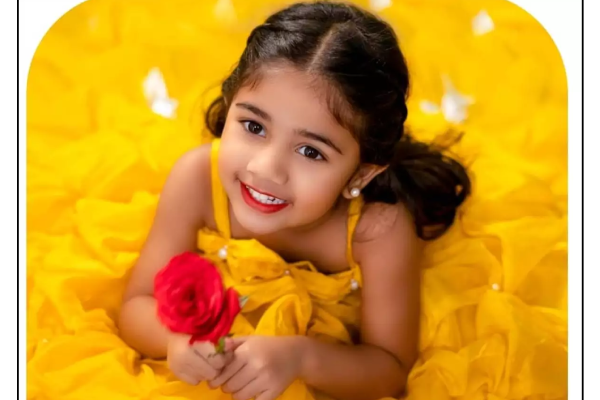 Three generations of the Allu family have marked their presence in Tollywood. Allu Aravind and Allu Arjun carries forward the legacy built by Allu Ramalingaiah. Now, there is a 4th gen addition to the list.

The new entrant from the Allu family is Allu Arha. She is set to make her acting debut with Samantha’s pan-India film, Shakuntalam.

Arha will be playing a crucial role in Shakuntalam and she joined the sets of the Gunasekhar directorial earlier today. Her portion will be wrapped in 10 days.

Allu Family is pumped up about Arha’s acting debut. Interestingly, she is making her debut ahead of her elder brother Ayaan.

It is known that Shakuntalam is directed by Gunasekhar. The big-budget mythological love drama is tipped to be a pan-India film and Arha is on course to get a grand launch to her acting career.