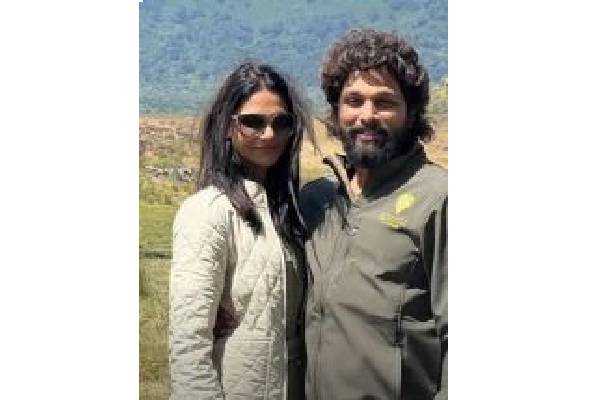 Telugu superstar Allu Arjun will next appear in Sukumar’s highly anticipated sequel ‘Pushpa: The Rule’. The ‘Arya’ actor was sighted at Rajiv Gandhi International Airport on Thursday morning, ahead of the film’s official launch.

Allu Arjun is taking another holiday after he just returned from a long vacation with his family in Africa.

According to reports, the ‘Pushpa’ actor will visit the United States for a few days. Further details about his journey are unknown, but it is expected that he will return to Hyderabad soon, as the ‘Pushpa’ crew is going to launch the franchise’s second installment through an official ceremony.

When Allu Arjun returns from his trip, he will join the cast of ‘Pushpa 2 or Pushpa: The Rule.’ In the upcoming sequel to the crime drama, Allu Arjun, who plays a sandalwood smuggler, will display his most ferocious side.

Pre-production on the film is now underway. Rashmika will play the female heroine, and many well-known actors are expected to star in the film.