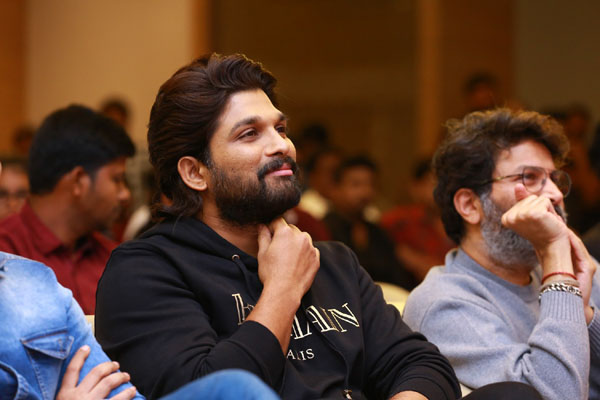 Stylish Star Allu Arjun and Trivikram Srinivas worked together for Ala Vaikunthapurramuloo and the movie ended up as a memorable hit in their careers. The duo is left occupied with a bunch of films and they are working on them currently. Bunny and Trivikram are joining hands again very soon, but this time it is not for a film but for the promotional video bytes of Aha.

Mega Producer Allu Aravind recently floated his own OTT platform Aha and Vijay Devarakonda is the brand ambassador for the digital platform. Allu Aravind feels that Bunny will sure pull out a huge number of audience if he promotes it. When the idea came up, Allu Arjun and Trivikram chalked out a promotional plan. The commercial will be shot soon. Allu Arjun is currently on a break and he will shoot for Sukumar’s film starting this month.