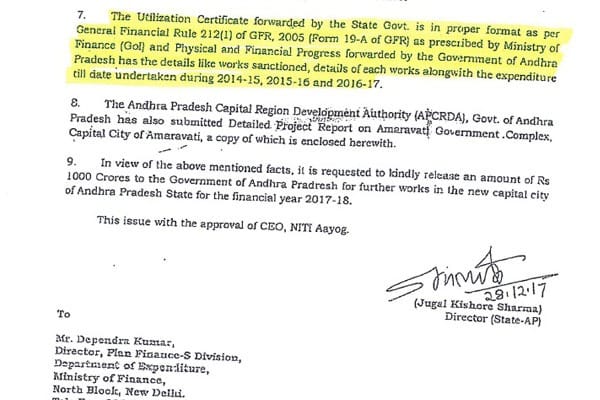 On March 16, the TDP walked out of the NDA over the BJP-led Centre’s failure to accord a special-category status to Andhra Pradesh. Since then war of words and letters has been happening between BJP and TDP leaders.

There are mainly two accusations in Amit Shah letter. He stated Utilisation Certificates (UCs) have been received only for 12% of the grant released for backward districts in 2016 -17 and UCs were received only for 8% for the 1000 crore released for the Capital region. Since, it is mandatory for the Central Government to have these details to release further installments: it cannot be blamed for fund lapses.

But the UC documents released by Andhra Pradesh government have utilization certificates completed, submitted to union government to maximum extent.Amit Shah will be held responsible for his baseless accusations on a state government

(This is PDF Reader, you can navigate through pages, check at the bottom for navigation links).