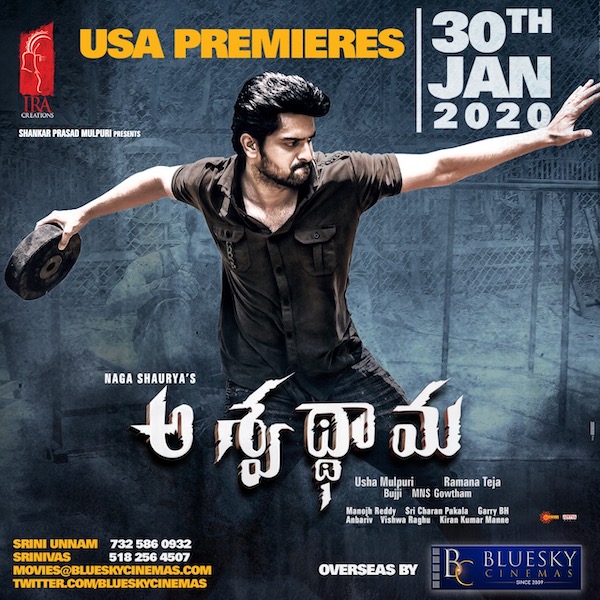 Music being composed by Sri Charan Pakala and the song released Ninne Ninne has become a melodious Hit.

Actions sequences were composed by Anbariv who won the National award for the best film stunt chorographer for KGF and currently working for KGF Chapter 2.

Film is being directed by debutant director Raman Teja and story provided by Naga Shaurya.

BlueSky Cinemas is excited to stat the new relationship in New Year with Ira Creations. Our thanks to Usha Mulpuri garu and Gowtham.

Aswathama will be in theaters on Jan 31st, 2020 with Overseas Premiers on Jan 30th.