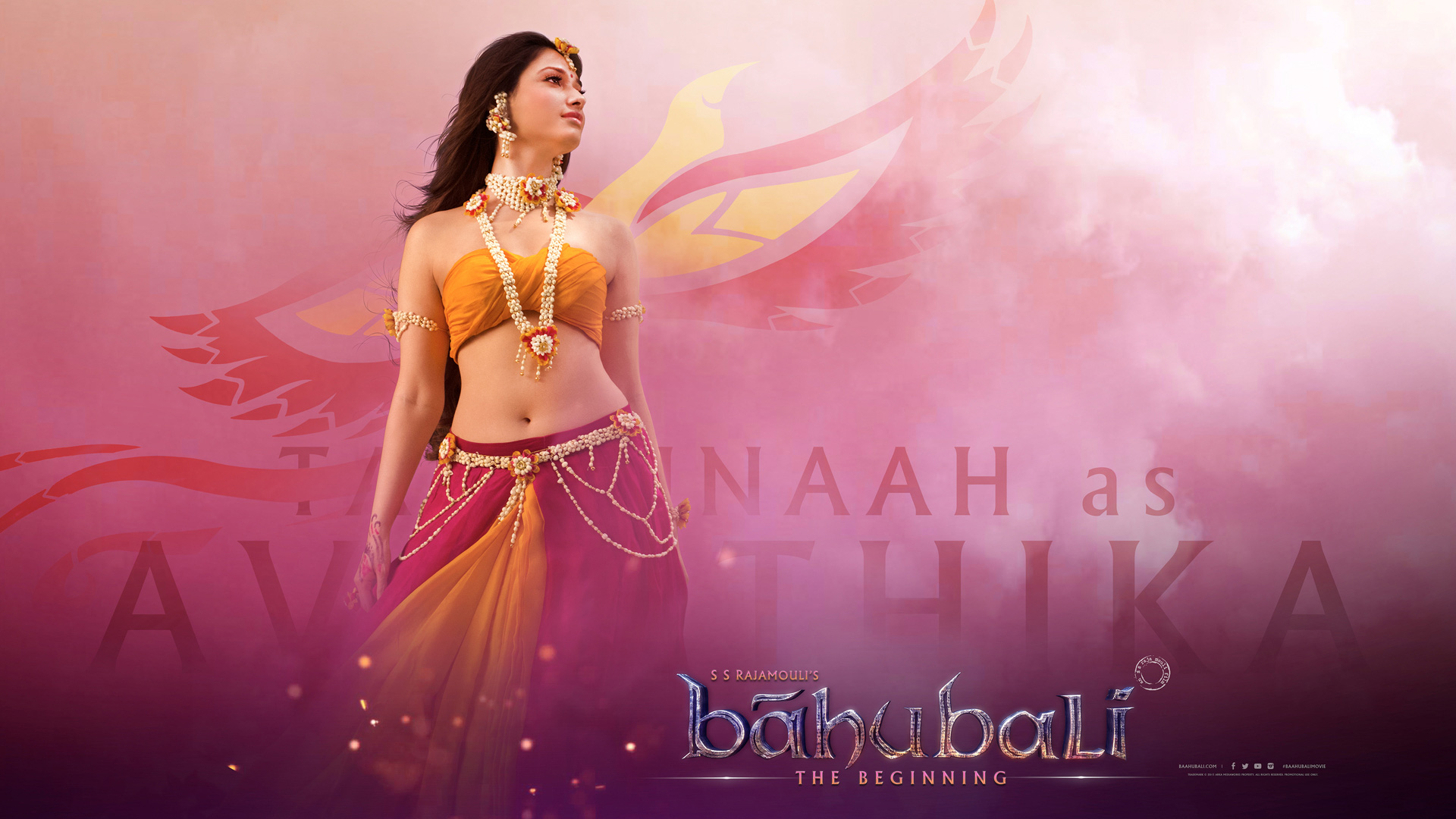 Warrior, we wouldn’t know, but she definitely looks like a princess. Tamanna Bhatia plays a warrior princess in Bahubali and says she is busy with a couple of projects in Telugu and more than anything else it is good films that matter. Not one to be affected by her flops in Mumbai, the beautiful and talented actress exudes positivity and says she is proud to be a part of the pan Indian project Bahubali and hopes that Karan Johar’s joining the board to distribute the film in Mumbai will surely add value to her work.

What would you be missing if you weren’t a part of Bahubali?

This character is very special and has come up at a very important time in my career. See, when an actor does a lot of commercial work, a certain kind of monotony sets in and people  start to think she can suit only these kind of characters. When I get a character of this level to play, which is not close to run of the mill, it becomes a huge plus for an actor. It is very fresh to be a part of the filmmaking. It is a period film and we all have larger than life characters. I am a warrior princess; there are different shades. The poster they used has just one shade of the character but there is lot more to it. When you watch the film you will discover it.

Your work experience with the director

The princess is not what you expect; the seven characters remain the same and expand to the second part but mine is shorter. I have more time and more work in the first part. Rajamouli is extremely well planned, he spent one and a half year on pre production. There were mock trials and mock shoots. We normally go to locations and figure out but here two days before we enact the scene and we know what we will do two days later. His temper never changed throughout. The film is so large there is tendency for things to go wrong; he maintained his cool and poise and that was very crucial. That kind of energy, technicians imbibed from him. To me, I have seen him giving precise instructions and I would get complete clarity. He makes his actors comfortable and puts a lot of faith in us. The result is we want to give him 200 percent output.

Any particular moment that you cherish?

He gave me a compliment. It is so special when the director compliments you with so much honesty (when the song was picturised). I felt really good. Bahubali will be my best till date. If I were to go down memory lane, Paiyya and 100 percent Love are films I cherish because that is what people perceive me today as an actor. My third film of the career with Ileana where I did a negative role was something I liked. Such challenges are interesting to play. I have seen my parts in Bahubali. I am waiting to see it with VFX and that is where the magic lies with Sabu sir’s work.

Any hangover after the completion of the shoot?

In a creative job, there is always a scope of improvement and everyday you keep evolving. I am totally missing the shoot. We would work 18 hours a day and Prabhas, Rana would work 24 hours but we all went back with a lot of mental satisfaction despite physical exhaustion. You need passion when you work on a set like Bahubali. It takes a bit to get out of the body language. Now that the film is done, there have been wonderful experiences. Bulgarian shoot had me performing action episodes. We were in a lot of snow, shooting in minus ten degrees. Action episodes were tricky with weather conditions pushing you and there were deadlines. Rajamouli would first attempt what an actor is supposed to do before he would instruct us.

On the producer and VFX department

When I had taken narration for the film, I had certain instructions. Rajamouli has precise instructions and if you merely follow him, you are on the right track. Towards the end of the film, it was an action episode where Prem Rakshit and an action director were present and Rajamouli sir was not on the set. I would be waiting for him because his one instruction would clear ten confusions in my mind. My rapport with Shobu was good; he was so approachable and the coordination became so easy and so there was transparency. This is a pan Indian film and it reflects his faith in the project and his conviction. It is the state of the art VFX which has not been attempted on Indian screen, taking modern technology and blending with period sensibilities. It is a very interesting way of projecting cinema in new light.