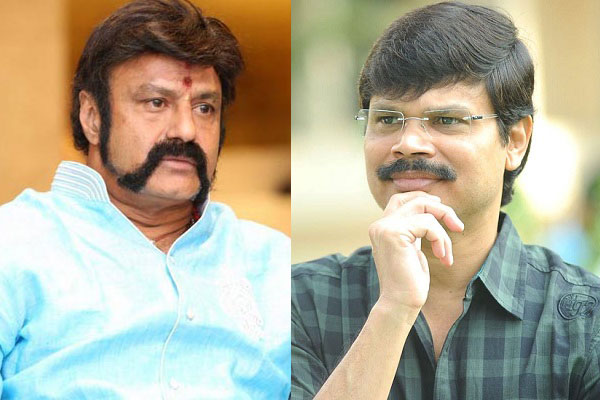 Nandamuri Balakrishna and Boyapati Srinu are teaming up for the third time and the film is high on expectations. Balakrishna’s look and the first roar turned out to be quite impressive and heaped up the expectations on the film. The makers announced that this untitled film will hit the screens on May 28th across the globe. Top producer and distributor Dil Raju is said to have quoted Rs 20 crores for the theatrical rights of Nizam and Vizag territories and the deal will be closed very soon. There are several distributors who are ready to acquire the theatrical rights for the film for other territories.

The makers are keen to close the theatrical deals at the earliest. The non-theatrical rights of this untitled film are closed recently. Made on a budget of Rs 60 crores, the film is produced by Miryala Ravindar Reddy. Pragya Jaiswal is the leading lady and Thaman is the music director. Balayya will be seen in dual roles in this action entertainer. The film will head for a clash with Ravi Teja’s Khiladi which was announced for May 28th release across the globe.