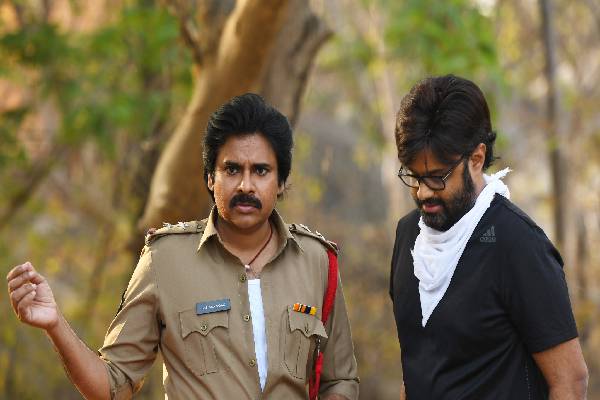 Powerstar Pawan Kalyan and Rana Daggubati starrer Bheemla Nayak was announced for January 12th release and the makers are quite strict on their stand even after the country’s biggest film RRR was announced for January 7th 2022 release. It is heard that Pawan Kalyan is not in a mood to postpone the film but there are speculations that the film is now out of the Sankranthi race. The makers today issued a clarification that Bheemla Nayak will release as per the plan on January 12th without fail.

Prabhas’ Radhe Shyam is announced for January 14th release and it would release as per the plan. Bheemla Nayak is directed by Saagar Chandra and top director Trivikram worked on the script. Nithya Menen is the leading lady and Thaman composes the music. Suryadevara Naga Vamsi is producing Bheemla Nayak on Sithara Entertainments banner. Bheemla Nayak with clash with RRR and Radhe Shyam.