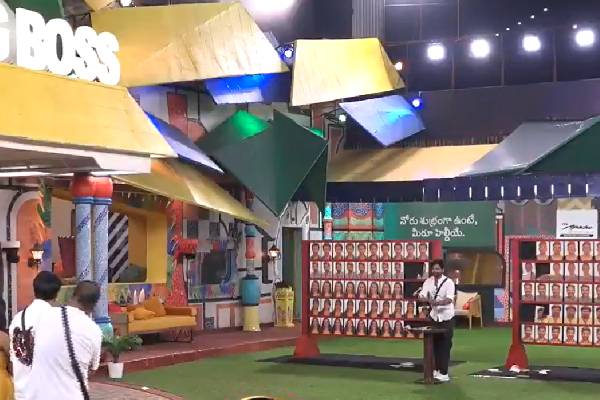 As everyone knows Monday is the day of nominations in Bigg boss house. Today Bigg boss asked each of the housemates to nominate 2 persons and justify the reasons.

Avinash nominated Lasya and Harika. He gave the reason that Harika did not participate fully in the previous task indirectly referring to her inclination to join the Abhijeet team. He also nominated Lasya for her rude behavior towards him when he asked for a cup of tea.

Mehboob nominated Ariyana and Monal. Mehboob told, he wanted to clear his misunderstanding with Ariana and so he is nominating her. It looked very unfair on part of Mehboob. Last week only Ariyana nominated herself and saved Mehboob. At that time he assured her of posting it back. But immediately next week he nominated her. He also nominated Monal.

Amma Raja Sekhar nominated Akhil and he rightly pointed out Akhil’s arrogance while Kumar Sai leaving the house. Akhil and Amma argued a lot during the nominations. Akhil still defended his behavior with Kumar Sai while he was leaving. He also nominated Lasya for her cunning smile.

Ariyana nominated Mehboob who has been nominating her every time despite her positive gesture towards him. She also nominated Akhil for his behavior towards her during the hotel task.

Noel is one contestant who is not displaying negativity even during the nominations. He nominated Mehboob and Akhil and explained that both are very strong contestants hundred only reason he is nominating them.

Harika nominated Ariyana for not understanding the point of view of others. She also nominated her arch-rival Mehboob.

Monal nominated Mehboob for conveying her calling Abhijit as a manipulator to others in the house. She also nominated Lasya for not considering her vegetarian habits while preparing food. Monal never completes the task of nominations without an emotional burst out.