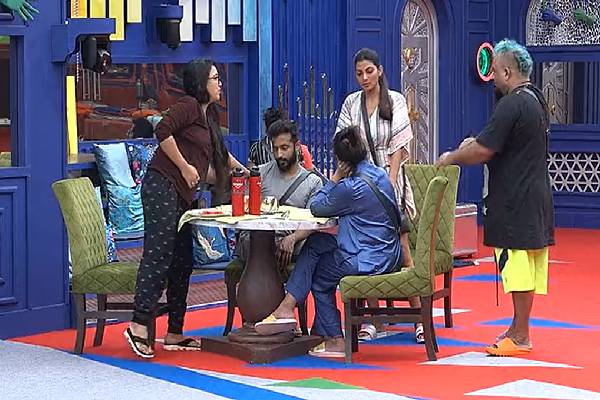 Bigg boss is game show in which prospects of contestants change with each episode. In this week, five contestants are on the nominations. On the day of nominations, it looked like Priya is totally in danger zone. But as per latest reports, her vote percentage improved significantly. Details as follows

Priya is a senior actress and she has been in the industry since 1998. Unlike other senior artists in the house, she never showed her superiority on other contestants. In fact she has been behaving very dignified. Actresses like Uma, Karati Kalayani and Hema were seen earlier reminding other housemates about their seniority directly or indirectly. Priya never did that. But she too made mistakes and her comments on Lahari during the nominations were not received well by the housemates. As she did that mistake, Ravi and Lahari tried to capitalise on the issue by dragging it and putting Priya in embarrassing situation. She later realised her mistake and apologised to Lahari and Ravi. But Priya has been saying she did not lie and Ravi did tell her that Lahari is moving close with him to become his co- anchor. It seems audiences are believing Priya’s words as Ravi has some bad reputation in social media. That was mostly due to his co-anchors’ statements on him earlier.

Lahari and Ravi playing victim roles like Monal and Kaushal not work ?

Lahari was seen bullying Hamida and Kajal in the first week when both of them were in nominations and Lahari was not. In addition, Lahari and Ravi playing the victim role did not go well with the audience. Ravi raised voice against Priya and told what will his daughter think if she sees her statements. Actually this statement reminded Kaushal of season 2. But when Kaushal raised this, people got connected because other housemates had more following and stature than him at that time. But Ravi playing such victim role didn’t get any sympathy towards him.

Same is the case with Lahari. She imitated Monal when she questioned Priya how can she give such statements on national channel like MAA. This also seems to have not worked out because her fighting with Priya looked more like she was capitalising on Priya’s mistake rather than really getting offended. Lahari saying her life is at stake because of Priya’s comments looked like a far fetched logic and did not get connected with the audience.

Overall this week , audience are willing to see whom will Bigg boss send out – Priya or Lahari. Rest of the 3 contestants are in safe zone anyway.