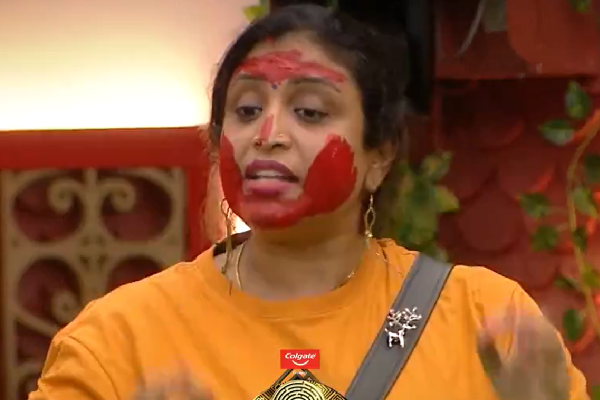 Actress Uma is the senior most person in the Bigg boss house this season. She was not in the nominations first week and Sarayu was eliminated from the house. This week, as Uma is in the nominations, most of the audience are opining that she may get eliminated the weekend. Details as follows

Actress Uma showed her attitude with Annie master in the first week itself. After Annie master spoke to her humbly and told she is the senior, Uma forgave her. It was clear that Uma wants others to recognise and respect her seniority. In addition, she kept reminding that she is a vegetarian and she had a heated argument with Lobo about washing the dishes used for non veg. It looked like she wanted force her superiority on others. The way she used foul language during the nominations shocked family audience. Her behaviour was not accepted by many audience and it may reflect in the votings this week.

Earlier, in previous seasons, Hema and Karate Kalyani were also eliminated by the audience as soon as they came into nominations. Audience could not tolerate the arrogance and haughtiness of these senior actresses. Now, most of the audience of Bigg boss are opining that Uma also may repeat the same this weekend.