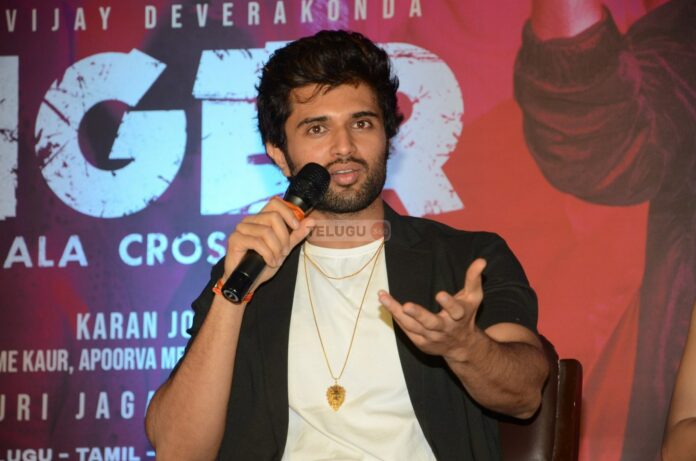 Telugu films have been scoring big over the Bollywood biggies. Karthikeya 2 is doing exceptional business across the North Indian circles and the Bollywood audience are not much interested to watch their own biggies Laal Singh Chaddha and Raksha Bandhan. The hashtag of #BoycottBollywood is trending all over for the past few weeks. Now all eyes are completely focused on Vijay Deverakonda and his upcoming film Liger. After a huge turnout for his promotions, Bollywood trade circles and the filmmakers are eagerly waiting for the film’s release. Top filmmaker Karan Johar is backing the film. The first day numbers and the word of mouth are crucial for the film.

Vijay Deverakonda who turned out to be a sensation and a national crush in no time is betting big on Liger. His team is super confident that the film would open with a bang and would make huge money in all the Indian languages. Several Bollywood filmmakers are now keen to lock Tollywood actors and directors for their upcoming projects. There would be a mad rush for Vijay Deverakonda if Liger makes big money. Karan Johar is already in waiting mode for Vijay Deverakonda. When the entire Bollywood is struggling, if Liger ends up as a super hit, things would turn tougher for Hindi films for sure. For now, the entire nation is waiting for the release of Liger.