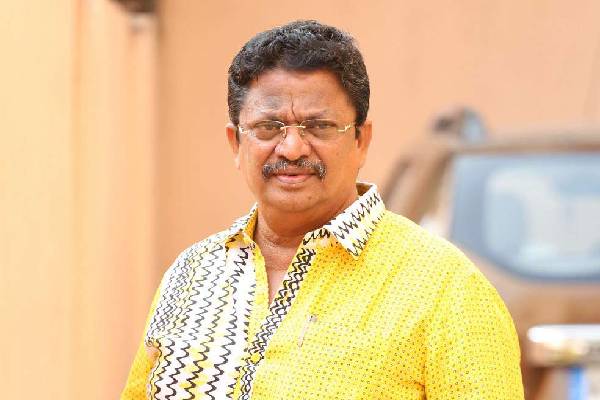 Mudragada Padmanabhan, who led Kapu reservation movement earlier, seems to be interested in any other topic except Kapu reservations nowadays. He wrote a letter to CM Jagan but producer Kalyan fired on Mudragada’s statements. Details as follows

Mudragada wrote a letter to Jagan in which he requested Jagan to implement online payments method not only for movie tickets but also for the remuneration of actors, technicians and even the labor working in film industry. During the debate about film industry issues in a tv channel, in which producer Kalyan and Perni Nani were present, Kalyan fired on Mudragada and he asked Mudragada to produce a movie first and then talk about film industry issues. Kalyan added, he will understand the pain of producers only if he makes a movie. He requested Mudragada not to politicise the issue. Kalyan also added, if Mudragada wants political mileage, he can take up any other issue. However, minister Perni Nani who was also in the call, supported Mudragada saying he is a great man and intellectual.

But there’s a wide negative reaction on Mudragada from netizens. They are criticising Mudragada for not talking about the hardships common man is facing with the increased prices and worst roads. They are commenting that Mudragada is behaving like a slave of Jagan by only playing to the tunes of Jagan instead of rising voice on real issues.