The Centre told this before the Supreme Court that they have accepted the request of Bihar government. The Supreme Court is also hearing a petition of Rhea Chakraborty who wants the investigation to be transferred to Mumbai from Patna. The actress was unavailable ever since KK Singh registered a complaint. The hashtag #JusticeForSushant has been trending from the past few weeks across social media platforms. 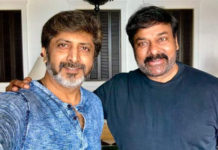