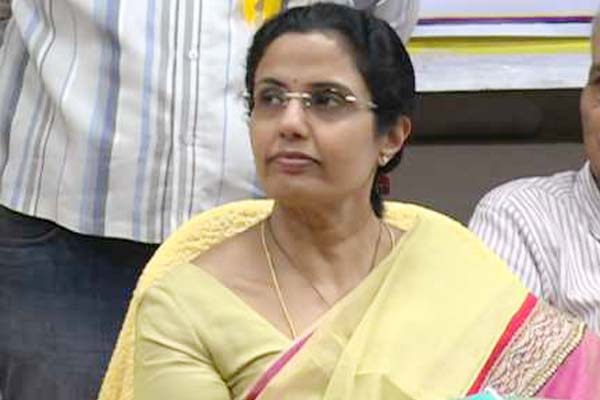 The general consensus in the TDP is that Nara Bhuvaneswari had conducted herself in a very dignified manner and spoke in a mature way. Her very public appearance, the party insiders feel, has an electrifying effect on masses, especially the women. The party feels that Chandrababu’s plans to weaponize his wife have surely yielded rich dividends.

The other day, Nara Bhuvaneswari made a rare public appearance and distributed largesse to 48 flood-affected families in Tirupati. The fact that she chose Tirupati, so close to NTR and the TDP, and used the platform of NTR Memorial Trust itself indicates that there is a careful planning behind her public appearance.

Using the platform of service, she referred to the women’s issue. She used the YSRCP’s abuse and slander against her in the assembly and sad that those who abused her would have to pay for their actions.

In a very clever move, she tried to turn the issue into a gender issue. She said that such atrocities were happening on the womenfolk across the state. She said the womenfolk are the bedrock of society. When asked about the slander by the YSRCP leaders, she said that it was a small issue and tried to brush it aside. However, by doing so, she had sought to show the contrast between the YSRCP and the TDP.

TDP sources feel that Chandrababu would use Bhuvaneswari more often given her impact. The YSRCP was in a defensive mode after her address to the media. Though Nani responded to her comments, his replies were quite tame and insipid.