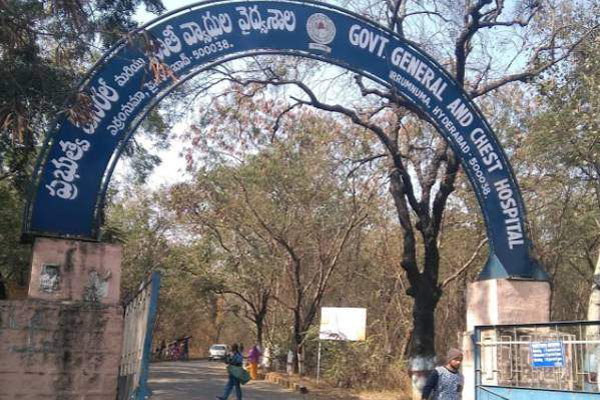 A corona infected patient undergoing treatment in Hyderabad’s Government Chest Hospital succumbed on Monday morning, but not before taking a video of lack of facilities in the hospital.

Syed of Motinagar, who was admitted to the Government Chest Hospital with the virus, recorded a video of himself. In the shocking and disturbing video, Syed was struggling for breath. In the video, which he had shot inside the ICU of the hospital before he died, and was addressed to his family and friends, Syed said there were no doctors. “Idhar koi nahi hain. Idhar koi nahi hain,” (There is no one here, there is no one here) he was seen as saying in the video.

This is the third incident of a Covid-19 victim taking a video inside the Chest Hospital and Gandhi Hospital before succumbing to the virus.

Earlier, 35-year-old V Ravikumar had shot a video inside the isolation ward of the hospital before he died. In the video, Ravikumar said doctors did not provide him with a ventilator even after he complained of breathing problems. “I have been pleading with them to put me on a ventilator. I am struggling to breathe and feel like my heart has stopped. They are not listening to me. They are not putting me on a ventilator. Bye, daddy. Bye all, bye daddy,” he was seen as saying in the video. A day later, Ravikumar had succumbed to Covid-19. Hospital authorities, however, refuted the allegations and said the patient died after he developed myocarditis. Ravikumar was admitted to the hospital June 24 after he complained of fever and breathlessness.

In Gandhi Hospital, designated as Covid-19 hospital, TV5 crime reporter Manoj shot a video inside the hospital. In the video, he stated that the hospital had failed to provide oxygen. He had succumbed while undergoing treatment at the hospital. “The hospital has failed to provide oxygen. Doctors and paramedic staff are not properly and adequately attending to corona patients. The facilities even in ICU leaves much to be desired,” these are the last words of Manoj. Manoj also recorded the facilities or the lack of it in Gandhi Hospital while he was undergoing treatment. These visuals went viral and created a flutter in social media over the lack of treatment facilities in the hospital. “The hospital management is thinking of shifting me to a private hospital” Manoj had sent the text messages to his well-wishers.

According to doctors, the journalist died of COVID-19 and comorbidities. He was suffering from bilateral pneumonitis and Acute Respiratory Distress Syndrome (ARDS). He was also diagnosed with Myasthenia Gravis that paralyses all muscles. Manoj was married just about a year ago and was looking forward to the birth of his first child.

The visuals of Covid-19 patients before they succumbed to the virus has thoroughly exposed the inadequacy of the government hospitals in treating corona patients. Patients and their family members are now worried about whether the hospitals have the wherewithal to provide ventilator and oxygen facilities to patients suffering from coronavirus.