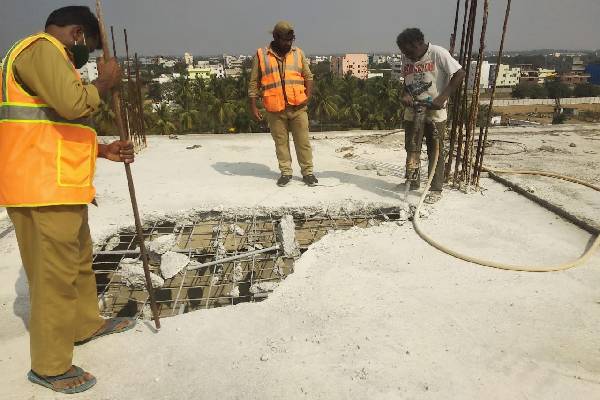 Continuing their drive against unauthorised constructions in the municipalities surrounding Hyderabad, the authorities on Wednesday razed 10 more structures.

The Task Force has cracked down on 33 major unauthorised constructions in three days.

Five structures were demolished in Thumkunta municipality, two each in Manikonda and Shamshabad and one in Pedda Amberpet.

The demolished structures include two constructions spread over 2.25 acres in Thumkunta and another construction on 1.20 acres in Shamshabad municipality.

The officials had razed 10 unauthorised constructions on the first day and 13 on the second day of the demolition drive.

Earlier, the drive was carried out in Shankarpalli, Badangpet, Dundigal, Boduppal and Pocharam municipalities.

Town planning officers were also pulled up for failing to identify the unauthorised buildings during their construction.