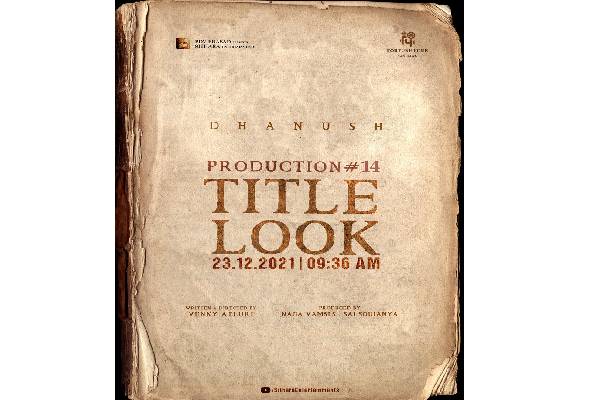 Tamil actor Dhanush could not score a resounding hit in Telugu. The actor is now focused on straight Telugu films and is teaming up with Tollywood filmmakers. Dhanush will work with Venky Atluri in his next film and the makers made an announcement about the same. Trivikram’s home banner Fortune Four Cinemas in association with Sithara Entertainments will produce this prestigious bilingual.

The makers will announce the title of the film tomorrow at 9.36 AM and the film is said to be a sports drama. This would be the first straight Telugu film for Dhanush though he announced that he would soon team up with Sekhar Kammula. The shoot of Venky Atluri’s film will commence early next year. More details awaited.