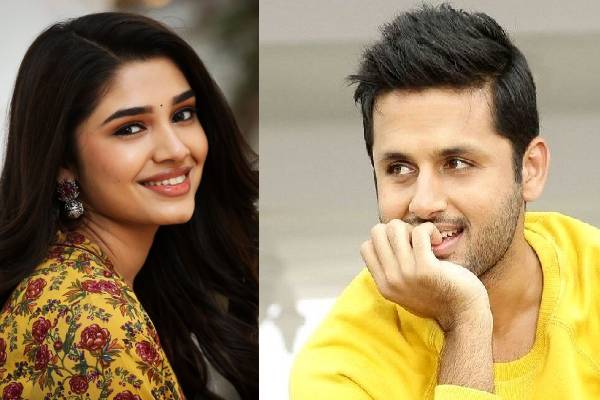 After the super success of Uppena, Krithi Shetty turned an overnight star and she was rushed with offers. The actress signed a bunch of films and she is done with the shoots of Nani’s Shyam Singha Roy and Sudheer Babu’s Aa Ammayi Gurinchi Cheppalani Undi. She is said to have signed Bangarraju recently and will romance Naga Chaitanya in the film. Telugu360 exclusively heard that Krithi Shetty is roped in for Nithiin’s upcoming project that will start rolling next year.

Editor SR Sekhar is all set to turn director with this film. Nithiin gave his nod for the film couple of months ago and his home banner Sreshth Movies will produce this film. Krithi Shetty is on board as the leading lady for this film and she is charging a bomb for the movie. Nithiin also signed a film in the direction of Vakkantham Vamsi and the film commences shoot this year.