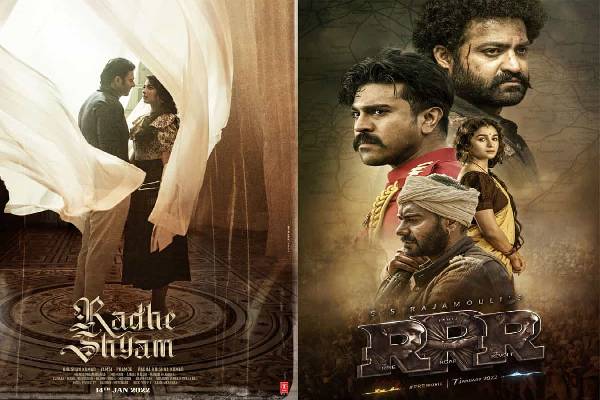 Two Tollywood biggies RRR and Radhe Shyam are slated for a pan-Indian release during the Sankranthi release but the third wave of coronavirus turned a spoilsport. The makers of RRR have promoted the film aggressively and they had no other option except to postpone the film’s release. There are a lot of speculations about the new release dates of RRR and Radhe Shyam. The makers of Radhe Shyam are considering March 18th as the release date of the film and they informed the distributors to lock the theatres.

RRR is expected to hit the screens on April 29th across the globe as per the latest update. The final call would be taken by SS Rajamouli and his team during the end of March. A new set of promotions will be planned before the release of RRR. For RRR and Radhe Shyam to release, the pan-Indian market should reopen completely and the restrictions on theatres should be lifted. There are predictions that the cases of coronavirus would come down by the end of February. The release chart of Telugu films will be updated as per the release dates of RRR and Radhe Shyam.