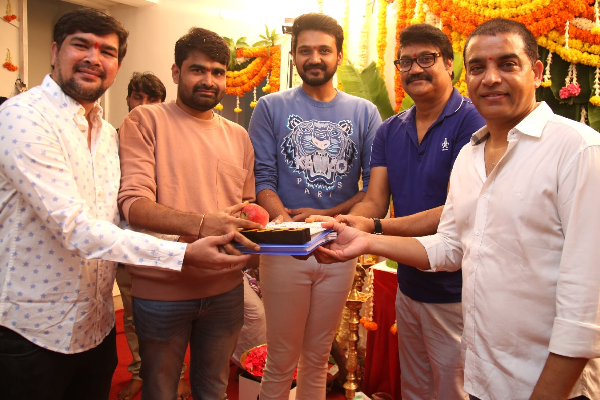 Bellamkonda Sai Sreenivas created a niche for himself and is set to make his Bollywood. As is known, his younger brother Ganesh Bellamkonda is venturing into films with a movie being directed by Pavan Sadineni. Meanwhile, the young lad has given green signal for his next movie.

Naandhi Producer Satish Varma of SV2 Entertainment will produce the movie, while Rakesh Uppalapati will be debuting as director. Rakesh worked in direction department of Teja. Opening ceremony of the film is held today in Hyderabad. Allari Naresh switched on the camera, while Dil Raju clapped for the first shot.

The film’s technical team include Mahati Swara Sagar composing music, while Anith handling cinematography. Billed to be a new age thriller, Krishna Chaitanya has penned the film’s story. The film will go on floors in September.