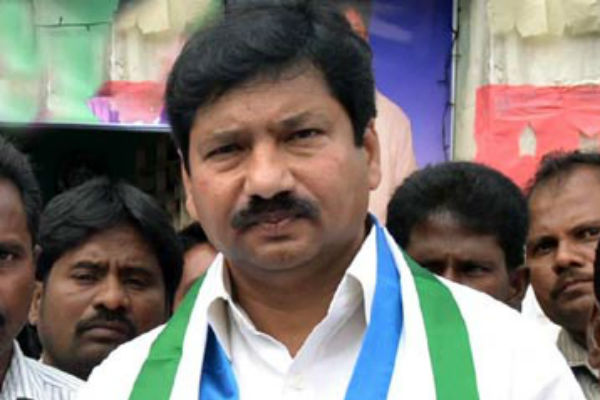 Has his bombastic protest in front of Opposition leader Chandrababu Naidu’s residence boomeranged on Pedana MLA Jogi Ramesh? Is he finding himself completely isolated on the issue? Did he really manage to get some traction from the whole incident?

On September 17, there was tension in front of Chandrababu’s residence in Undavalli due to the protest by the YSRCP workers. A small crowd, led by MLA Jogi Ramesh protested against the remarks of TDP senior leader Ayyanna Patrudu against YS Jagan. They wanted Ayyanna Patrudu to apologise for the remarks. The TDP cadre too gathered in sufficient numbers and they opposed the group led by the MLA. This led to fisticuffs and attacks with sticks and stones. The police entered the scene and dispersed the crowds.

But, it appears that the incident hasn’t helped Jogi Ramesh much. Firstly, he was the only leader joining the protest. Krishna district has three ministers, but not one thought it fit to join the protest. Also, there were no protests anywhere in the state against Ayyanna’s comments on YS Jagan. The party largely ignored him. But by staging a protest, Ramesh has only helped popularize Ayyanna’s comments. This has actually proved counter-productive.

The general feeling is that Jogi Ramesh has organized the protest only to catch the attention of YS Jagan and that he is angling for a ministerial berth. It is only to firm up his prospects that Ramesh organized this protest. Also, the crowd that gathered in front of Chandrababu’s residence was not a big one. This feeble protest has done more damage than benefit for the party. Many feel that the whole effort has failed to achieve the desired objective.