Maha Samudram is one of the craziest projects among the next bunch of films that are heading for release during the Dasara season. Ajay Bhupathi is the director and Sharwanand, Siddharth, Aditi Rao Hydari, Anu Emmanuel are the lead actors in this emotional action entertainer. The third single Hey Thikamaka Modale is out today and it offers a melodious treat. The song is a montage number shot on all the four lead actors in the beautiful locations of Goa and Vizag.

The lyrics are good and Hey Thikamaka Modale is a sweet melody that will appeal to the youth. Chaitan Bharadwaj composes a fresh number and the lyrics by Kittu Vissapragada make Hey Thikamaka Modale a complete number. Maha Samudram is announced for October 14th release and the film also has Jagapathi Babu, Rao Ramesh in other important roles. The trailer kept good expectations on the film and Maha Samudram is bankrolled by AK Entertainments. 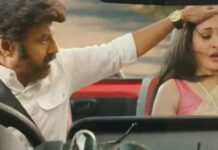 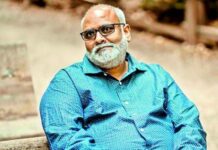